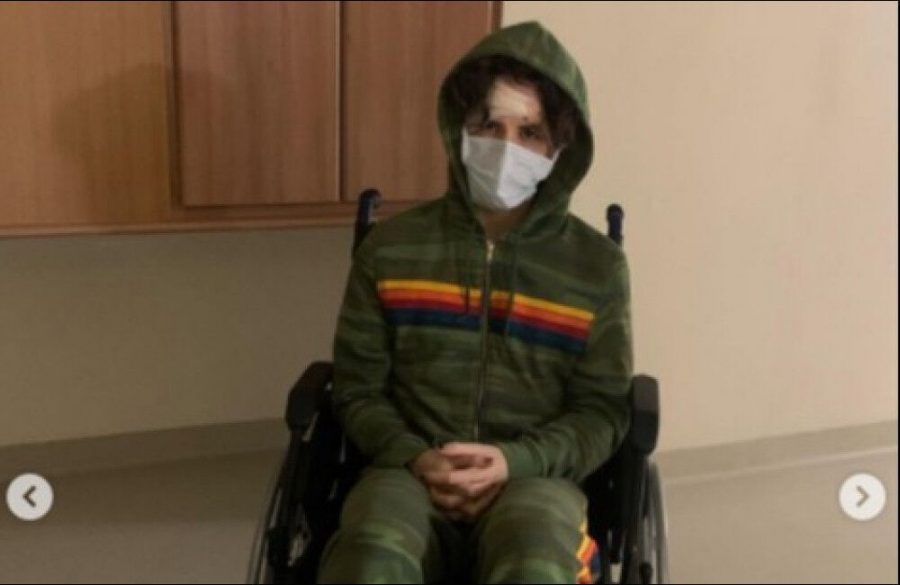 Lucas Jagger, 21, is recovering after he underwent a tympanomastoidectomy and had a cholesteatoma removed from the middle ear and has since shared several snaps from the hospital.

He took to Instagram to share a photo of him sleeping, with a large bandage wrapping his head while an oxygen tube is in his nose, as well as a picture of him wide awake in a wheelchair.

Jerry Hall famously ended her 22-year-relationship with Mick in 1999 after discovering he had been unfaithful with Lucas’ mother Luciana Gimenez Morad and the brunette beauty admitted Jerry still won’t talk to her, even though she wrote her a letter of apology.

It comes after Luciana admitted that she worries about Mick, 77, during the pandemic after he underwent heart surgery to replace a faulty valve last year.

She said: “He is very well but I am worried about him. We all worry about him during this pandemic. He is very vulnerable. “At 76 he is right in the danger zone. I mean, he looks like he is about 20 years old … But biologically, he is a little bit older. And we all tend to forget that because he is like an eternal youth. So we have to take special care of him.”