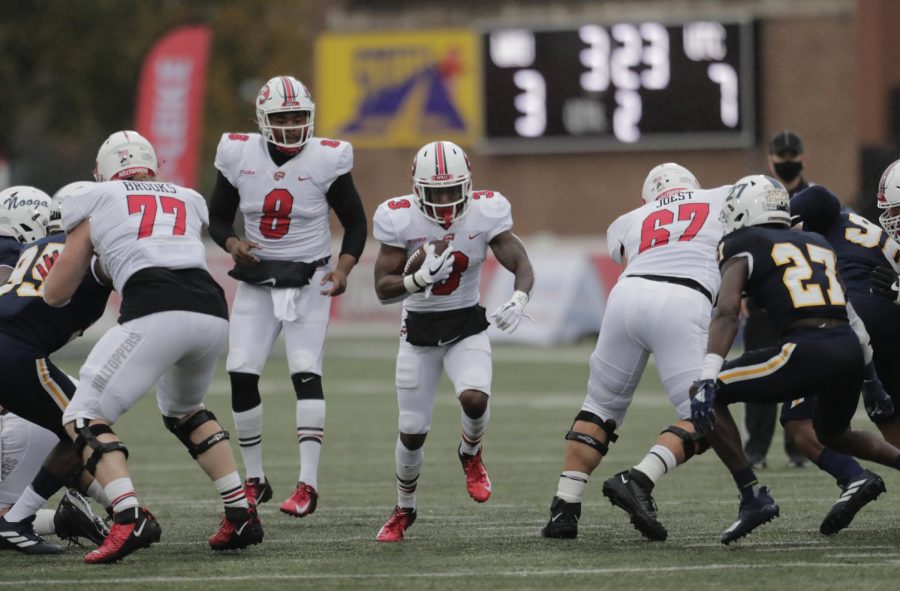 WKU running back Jakairi Moses (3) runs up the gap against UTC defensive line.

The Hilltoppers have announced Friday the team’s 2021 season opener against the UT Martin Skyhawks has just been pushed up to Thursday, Sept. 2 at 7 p.m.

The season opener was originally scheduled to kick off on January 27, where WKU and UT Martin would compete on Saturday, Sept. 4.

The last time WKU took on UT Martin was on September 9, 2000, where WKU dominated the Skyhawks, shutting out UT Martin and winning 71-0 to advance to 4-0 against opponents out of the Ohio Valley Conference.