Do or die: Lady Toppers to play preliminary round 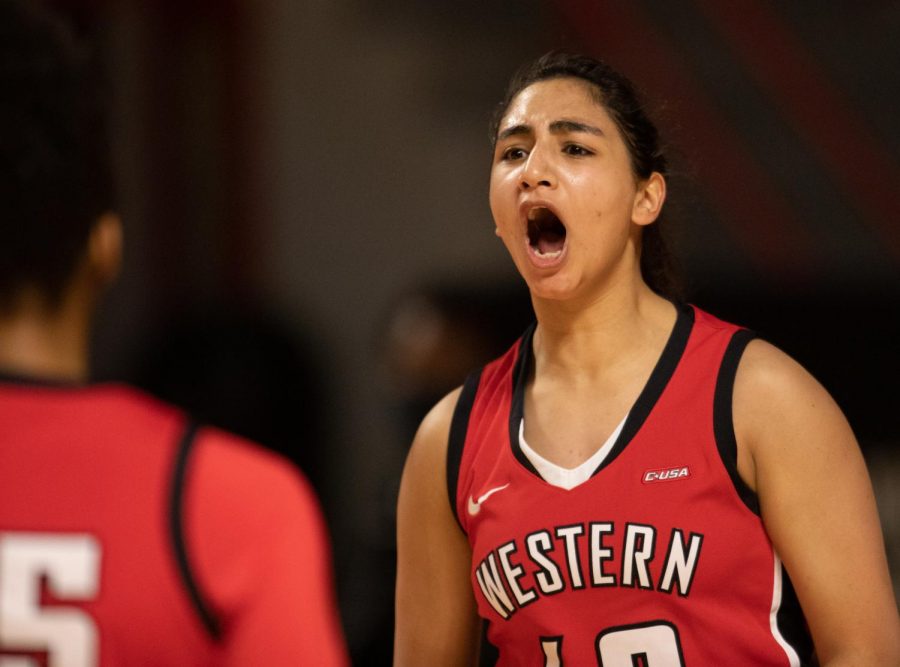 In Thursday night’s competition, the Lady Toppers fell 55-53, and in Friday’s game, the Monarchs completed the sweep of WKU with a 57-55 final score.

With the results of the series finale, the Lady Toppers are scheduled to face off against the Old Dominion Monarchs for a third time in the preliminary round of the 2021 Air Force Reserve Conference USA Tournament at the Ford Center in Frisco, Texas, to close out their 2020-21 season.

WKU and Old Dominion square off for the final time this season at 4 p.m. on Tuesday night. The game is available to watch on ESPN +.

“We’re gonna have to do a better job on the defensive boards,” head coach Greg Collins said. “We’ve got to box out and we’ve got to make some shots. At the end of the day, we’ve got to get some of those layups in the basket.”

The past series was played at Old Dominion’s home court of Chartway Arena. This time, WKU and Old Dominion will face off at the neutral court of the Ford Center to determine who advances to the next round and who goes home.

“We’re gonna have two or three practices since that game and we’ll be a completely different team,” freshman Hope Sivori said. “Being on a neutral court could have an impact. It doesn’t matter where we’re at, we just have to play our best.”

The winner of the preliminary round game between the two teams will advance to the next round to play the No. 3 seeded team North Texas on March 10 at 11:30 a.m.

“I think we just have to play hard and fight for the first game,” junior Meral Abdelgawad said. “If we win, we keep playing. If we lose, the season would be over, and we don’t want the season to be over.”

The Monarchs managed to keep WKU senior Raneem Elgedawy under control with 16 points in game one and 14 points in the second game.

With a surprisingly quiet performance from Elgedawy, Abdelgawad stepped up to lead the Lady Toppers with 12 points in both games to make up for Elgedawy’s absence.

The fate of the Lady Toppers season is in the hands of Tuesday nights result.