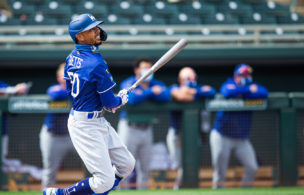 The baseball season is a marathon again! After last year’s pandemic-shortened campaign, the 2021 schedule is back to a full 162 games for all 30 Major League Baseball clubs.

Here are five teams with the best chances of being on top this fall. The Padres turned the hot stove up to 11, trading for pitcher Yu Darvish, who led the NL with eight wins in 2020, plus the mostly unhittable Blake Snell. Third baseman Manny Machado and shortstop Fernando Tatis Jr., who got a giant $340 million contract extension, will light up the scoreboard. The team might not dethrone the Dodgers in the NL West, but it’ll be fun to see them try.

The Yanks’ tremendous talent has struggled to stay healthy. A full season from two big bats — right fielder Aaron Judge and designated hitter Giancarlo Stanton — would work wonders. Corey Kluber, comeback-ready after his own injuries, joins staff ace Gerrit Cole in the rotation. On paper, the Bronx Bombers look like the most complete team in the American League.

A blockbuster trade with the Cleveland Indians brought in pitcher Carlos Carrasco, who bounced back last season after fighting leukemia, and shortstop Francisco Lindor, one of the best in MLB. After this boost, the battle for the NL East between the Mets and the Atlanta Braves will provide nonstop entertainment.

Embattled Tony La Russa emerges from retirement to manage the ChiSox, and he’s got a lot of tools to work with in his quest for a fourth World Series win, like AL MVP José Abreu, who anchors a potent lineup. Workhorse Lance Lynn joins a fearsome rotation that features Lucas Giolito and Dallas Keuchel.