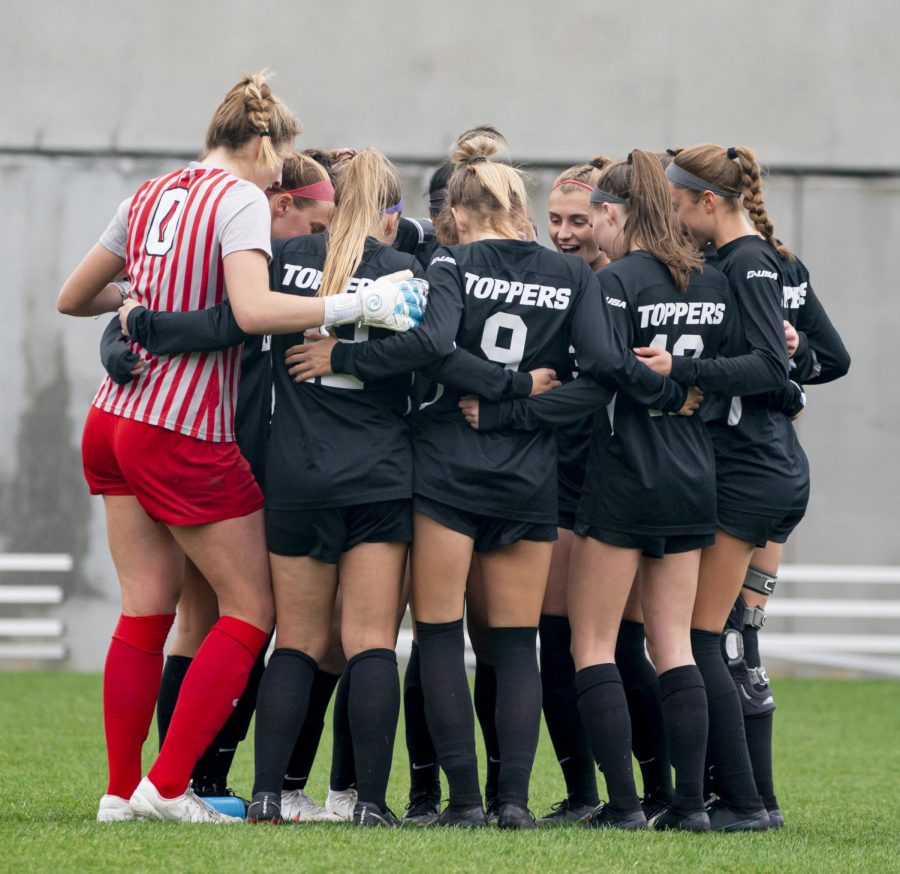 The WKU Soccer team huddled up before the game against Marshall Thursday, March 18, 2021 at the WKU Soccer Complex.

WKU is carrying a lot of momentum off of a five game winning streak, and they will hope to continue it against their in-state rival Louisville. The last time WKU lost in regulation was Feb. 6 against North Alabama 4-1.

WKU has only lost once this season and tied against Florida Atlantic on March 12.

The Lady Toppers have shown an excellent performance on offense and defense this season. One huge key to their success is putting pressure on other teams. WKU has outshot their opponents in five of their seven games played, and they have won each game where they took the most shots.

Barnett leads WKU with 12 points and five goals in six games played this spring. She’s also fired 15 shots on net and tied for the second most goals scored in C-USA.

Another Lady Topper that’s been having a big impact is freshman defender Ellie Belcher. Belcher is coming off the Marshall game with a goal, and she will look to continue to be a huge role on the WKU defense.

Louisville is coming off a 1-0 win against Dayton that was played on March 6. It was their first game since Nov. 10 against Virginia. The Cardinals will have their work cut out for them against a team carrying so much momentum.

Junior midfielder Maisie Whitsett lifted Louisville to their first win in 2021 with a goal, and they will most likely utilize her on offense to put pressure on the Lady Toppers.

Louisville is relatively fresh after this long hiatus, but that doesn’t mean it will be easy from here out. They are dealing with losing players that they had before, and that will definitely be a hurdle for them to get over.