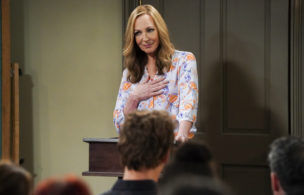 It may seem like the 2020-2021 broadcast season just started — some premieres did come later than usual due to the effect of the coronavirus pandemic on production — but with fewer episodes, most shows are ending around the same time they usually would, at least for CBS.

The network has set the finale (some season, two series) dates for its primetime comedies, dramas, and unscripted shows. That includes the farewells for the eight-season Mom (Thursday, May 13) and seven-season NCIS: New Orleans (Sunday, May 23).

Blue Bloods is getting a two-hour season finale on May 14, with the other Friday night shows ending their current seasons in the weeks before it.

The finales start airing in April, with Tough as Nails on the 14th and MacGyver on the 30th. The Tuesday night lineup — NCIS, FBI, and FBI: Most Wanted — will be the last ones to air the last episodes of the 2020-2021 season on May 25.

Check out all of CBS’ finale dates below.