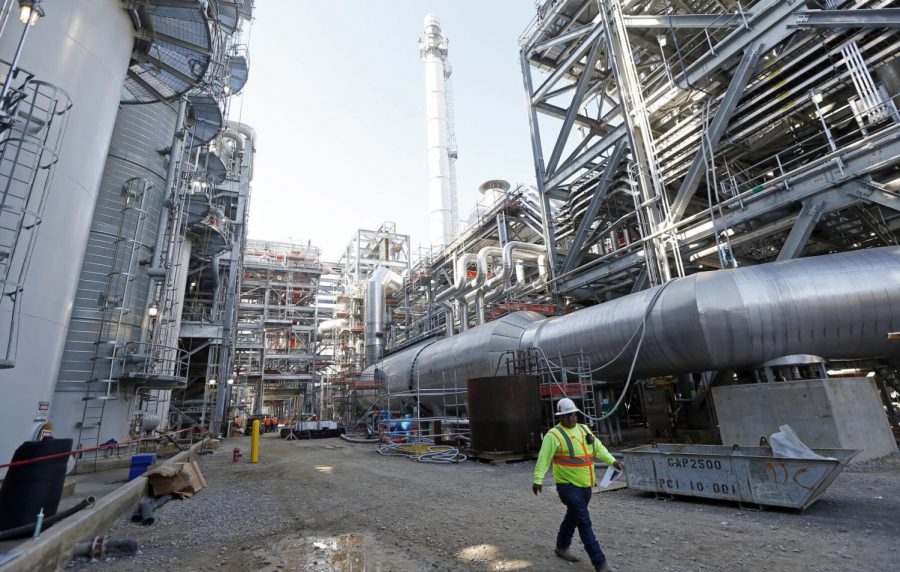 In this Nov. 16, 2015 file photo, a worker walks through a section of the Mississippi Power Co. carbon capture plant in DeKalb, Miss.

(The Center Square) – Gov. Mark Gordon joined other governors in writing a letter of support to Congress on the Storing CO2 and Lowering Emissions (SCALE) Act.

The act, which is co-sponsored by U.S. Rep. Liz Cheney of Wyoming, promotes the buildout of necessary infrastructure to transport carbon dioxide from its source to manufacturers or be safely stored underground.

The letter is co-signed by Gov. Kevin Stitt of Oklahoma, Gov. John Bel Edwards of Louisiana and Gov. Tom Wolf of Pennsylvania.

The goal of the legislation is “to develop an interconnected CO2 transport and storage infrastructure to help the U.S. reach net-zero emissions and meet mid century climate goals,” according to a news release from Gordon’s office.

“We urge Congress to prioritize the inclusion of this critical legislation in any broader infrastructure package, given its essential role in helping to achieve net-zero emissions economywide,” the letter reads. “As a group of collective states with a shared interest, we stand ready to work with you to implement policies that scale up the regional and national CO2 transport infrastructure to achieve net-zero emissions goals.”

In a statement, Gordon said, “Wyoming has always been a leader in Carbon Capture, Utilization and Sequestration (CCUS) and we are committed to making Wyoming the next state to have a CCUS facility. I recently set the goal for Wyoming to not only be carbon neutral, but actually carbon negative while continuing to use fossil fuels.”