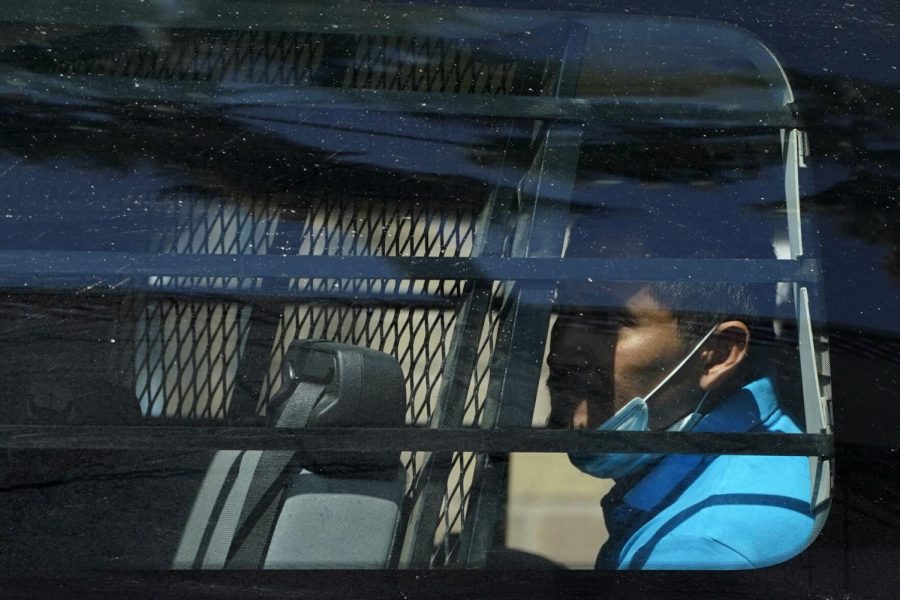 A migrant is seen inside of a van near a respite center after being released from U.S. Customs and Border Protection custody, Friday, March 19, 2021, in McAllen, Texas. A surge of migrants on the Southwest border has the Biden administration on the defensive. The head of Homeland Security acknowledged the severity of the problem Tuesday but insisted it's under control and said he won't revive a Trump-era practice of immediately expelling teens and children.

(The Center Square) – One day after FEMA began moving unaccompanied illegal immigrant minors to facilities in Dallas and Midland, Texas, Gov. Greg Abbott said that the Biden administration is incapable of managing these facilities.

The conditions are abhorrent and are creating inhumane conditions, he said in a short statement released Friday, focusing on a range of issues related to water, safety and a COVID-19 outbreak.

“From a lack of safe drinking water in one location to a COVID-19 outbreak in another, the Biden administration has no excuse for subjecting these children to these kinds of conditions. President Biden’s refusal to address the border crisis is not only enabling criminal actors like human traffickers and smugglers, but it is exposing innocent, unaccompanied children to illness and potentially unsafe living conditions. The administration must act now to keep these children safe, secure our border, and end this humanitarian crisis.”

The water at the federally run facility in Midland was not proven safe prior to placing children in the facility, he said. There has also been a COVID-19 outbreak in the Carrizo Springs facility, which is roughly 80 miles northwest of Loredo.

Upon learning of the conditions at the facility, Abbott deployed Texas Department of State Health Services resources and personnel to Carrizo Springs to investigate, identify and combat the outbreak of COVID-19. The Texas Commission of Environmental Quality has notified the Midland facility of their need to address the water issues.

Prior to issuing his statement, Abbott was on Fox News saying that his office’s Child Sex Trafficking Team and other agencies are working hard to crack down on human trafficking in Texas. But the Biden administration is not allowing them to do their jobs, he said, and has specifically caused the human crisis that was dumped on Texas.

Prior to leaving for Texas, Mayorkas told CBS News, “In weeks, in several months we will expand the legal processes that we already have started to rebuild. We already have reinstituted the Central American minors program that was built in the Obama/Biden administration that was torn down by the prior administration.”

Law enforcement encountered more than 100,000 migrants at the border in February, according to U.S. Customs and Border Protection data, a 28 percent increase from January.

There are currently more than 9,500 children in the custody of the Department of Health and Human Services and roughly 4,500 with U.S. Customs and Border Protection. No media nor the public have been allowed to view the conditions inside CBP or HHS facilities firsthand.