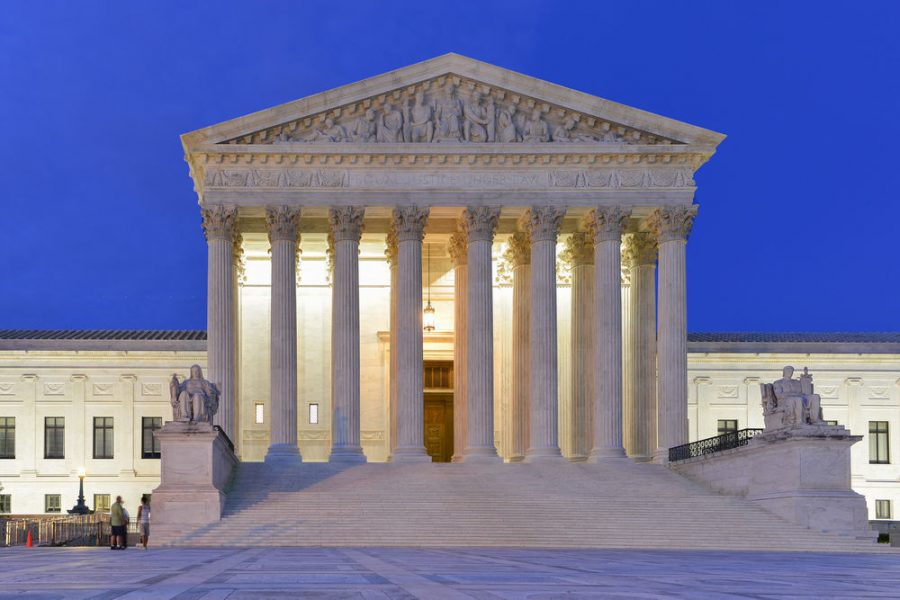 The two plaintiffs, Cedar Point Nursery and Fowler Packing Company, produce fruit for millions of Americans and collectively employ 3,000 people. In 2015, the United Farm Workers (UFW) sent union organizers onto their private property during the busiest time of the year – harvest time – to encourage employees to unionize. Even though property owners have a right to exclude trespassers, California’s Union Access Regulation allows union organizers to enter a business’s private property three hours a day, 120 days a year.

The plaintiffs asked the U.S. Supreme Court to invalidate California’s regulation, created by the state’s Agricultural Labor Relations Board in 1975.

“Government can’t make a regulation violating that right even if it limits the hours when it applies,” the foundation argues.

According to the complaint, in the early morning hours in fall 2015, roughly 500 Cedar Point Nursery employees were working when a crowd made its way through the building, shouting through bullhorns for them to join the UFW.

“Some workers were so scared and intimidated that they left the property, but most stayed on the job, uninterested in union membership,” Pacific Legal Foundation said. Many Cedar Point Nursery employees have worked there for 20 years or longer, with seasonal workers returning every year.

Similarly, over a three-day period, UFW organizers tried to access Fresno-based Fowler Packing Company, one of the nation’s largest growers of table grapes and citrus. Its 2,500 employees and their families receive workplace benefits, including safe facilities, free health care with an on-site health clinic, and free meals any time of the day at an on-site cafeteria, PLF says.

Damien Schiff, a senior attorney at PLF and one of the litigators who worked on the case, told The Center Square that “the biggest take away” from the arguments was “that all of the justices are skeptical of California’s law forcing business owners to allow unions on their property.”

Much of the discussion with the justices, Schiff said, was focused on identifying when an easement like California’s amounts to taking of a businesses’ property that the state must pay for.

The justices raised questions about how the case could impact government inspections of restaurants and other workplaces.

“Several justices said the court already addressed the issue in 1956,” the Wall Street Journal reports, “when it considered a property-rights argument against National Labor Relations Board orders to admit union organizers onto factory grounds.”

“This is not a problem of always open or always closed doors for union organization on company property,” the court said in the 1956 NLRB v. Babcock & Wilcox Co. case. Instead, the board could require access “when the inaccessibility of employees makes ineffective the reasonable attempts … to communicate with them through the usual channels.”

California Solicitor General Michael Mongan defended the regulation, emphasizing that it was narrow enough in scope to meet standards found in court precedent by allowing only a limited number of organizers to enter a farm at certain times and for a limited purpose to speak with employees.

However, “what matters,” foundation attorney Joshua Thompson told the court, “is that the right to exclude” people from the property “has been denied in a way that is more than a series of mere trespasses.”

While Justice Elena Kagan replied that she didn’t believe “the denial of a right to exclude counts as a discrete interest in property,” she admitted that “the right to exclude is one of the sticks in the bundle that a property owner has.”

While the justices seemed “to some extent concerned about the breadth of the ruling in our favor,” Schiff said, “they were more concerned that the state’s attorneys couldn’t come up with any counter rule that would allow access to private property without violating rights.

“It seems likely that the court will rule in favor of property rights, but the question of how far the ruling goes is still uncertain,” he added.