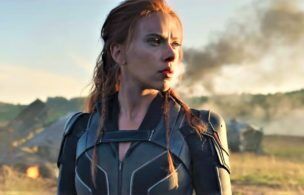 Disney+ is expanding their Premier Access slate as the streamer announced plans to debut Marvel’s highly-anticipated Black Widow and Cruella at the same time they arrive in theaters.

Previously planned as in-theater releases only, subscribers to Disney’s service can pay an additional $29.99 for Premier Access to watch Black Widow and Cruella the same day as their theatrical releases. This allows viewers to experience the films as many times as they’d like before they’re released wide on the platform. Disney Pixar’s next film Luca is also slated to arrive on the platform, but not under the Premier Access banner, meaning there’s no extra cost to pre-existing subscribers. See AlsoHBO Max to Stream Full 2021 Warner Bros. Film Slate, Including ‘Dune,’ ‘In the Heights’
Movies include ‘Dune,’ the ‘Sopranos’ prequel and ‘Matrix 4,’ which can be streamed for free for one month.

“Today’s announcement reflects our focus on providing consumer choice and serving the evolving preferences of audiences.  By leveraging a flexible distribution strategy in a dynamic marketplace that is beginning to recover from the global pandemic, we will continue to employ the best options to deliver The Walt Disney Company’s unparalleled storytelling to fans and families around the world,” said Kareem Daniel, Chairman, Disney Media & Entertainment Distribution in a statement to the press. Following in the footsteps of its Pixar predecessor Soul, Luca will kick off the summer season when it begins streaming on Friday, June 18. Cruella and Black Widow join previous Premier Access releases including Raya and the Last Dragon and Mulan.

Stay tuned for any future additions to the Premier Access lineup and get ready for some stellar films over the coming months.

Cruella, Streaming on Disney+ with Premier Access, Friday, May 28