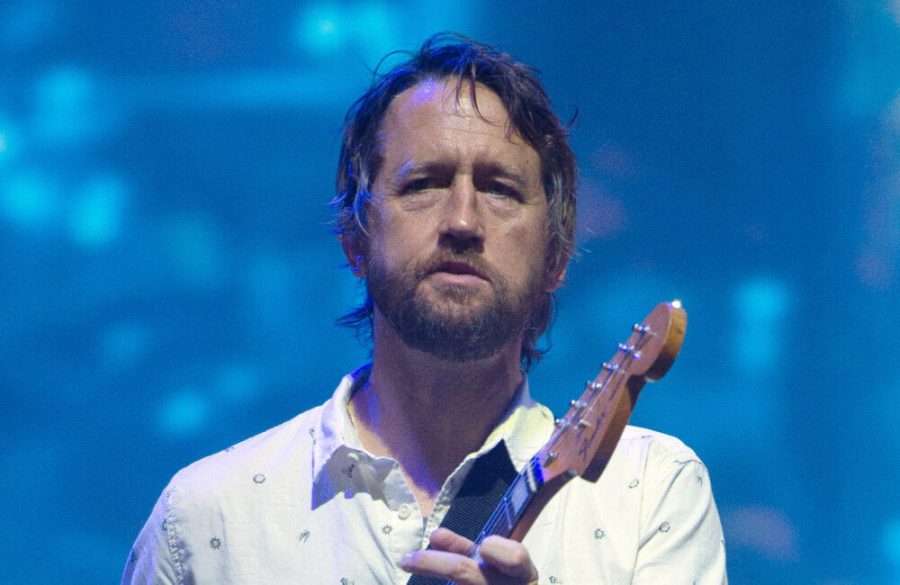 The ‘Best of You’ rockers – completed by Dave Grohl, Taylor Hawkins, Rami Jaffee, Nate Mendel and Pat Smear – laid down their 10th studio album in a 1994s property in Los Angeles, and the guitarist admitted he is “prone” to suggest there was something unusual going on.

Asked by Australian Guitar Magazine if the place was actually haunted, he laughed: “It probably depends on who you talk to, y’know?

“When I’m walking through the dark at night, even if I’m just putting out my trash cans, I’m spooked – so I’m prone to say ‘yes’.

“But this house… It’s sort of like this old, funky mansion that’s sitting in disrepair, and it’s in a very nice neighbourhood so it seems a little out of place.

“There’s all these nice houses and beautiful yards all up and down the street, and then there’s this old, crappy house sitting there, sliding off the hill, being reclaimed by the earth.”

He explained: “I knew the vibes were definitely off, but the sound was fucking on. We would come back to the studio the next day and all of the guitars would be detuned.

“Or the setting we’d put on the [mixing] board, all of them had gone back to zero. We would open up a Pro Tools session and tracks would be missing.

“There were some tracks that were put on there that we didn’t put on there. But just like weird open mic noises. Nobody playing an instrument or anything like that, just an open mic recording a room.”

And while there has been a suggestion the band captured paranormal activity on camera – which they can’t share due to a non-disclosure agreement with the homeowners – Chris wouldn’t confirm or deny the footage exists.

He added “I don’t know about that one, to be honest. We’ll see!

“I’m sure if it is, that video will see the light of day somehow. Keep checking Dave’s Instagram from all the latest ghost footage!”