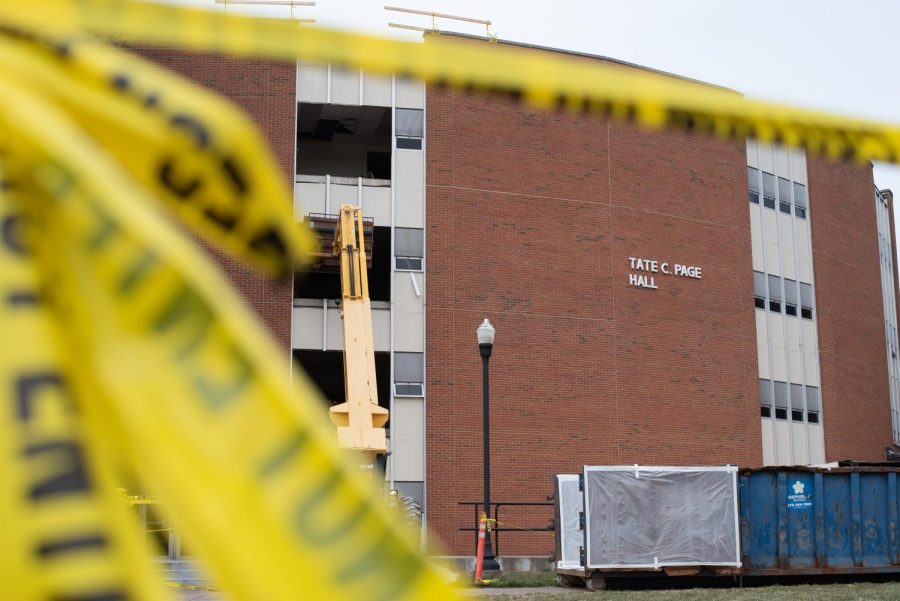 Construction crews on Wednesday began work on Tate Page Hall to prepare the structure for demolition later in the year, according to WKU Media Relations Director Bob Skipper.

Skipper said the current work is the first step towards a goal set by the Campus Master Plan 2021-2031 to replace the hall.

“Right now, [crews] are doing remedial work, removing asbestos in preparation for it being demolished this summer,” Skipper said.

The Campus Master Plan chose Tate Page Hall for demolition in order to make room for a new college of business next to South Lawn.

“[The site] is going to be green space for the time being. Eventually, if enough funding can be raised, there’ll be a new College of Business building in that area,” Skipper said.

Skipper said the exact timeframe for this stage of demolition is unknown, but that “this summer it’s slated to come down.”

According to the Campus Master Plan document, Garret Conference Center and the College Heights Foundation building are also scheduled for demolition.