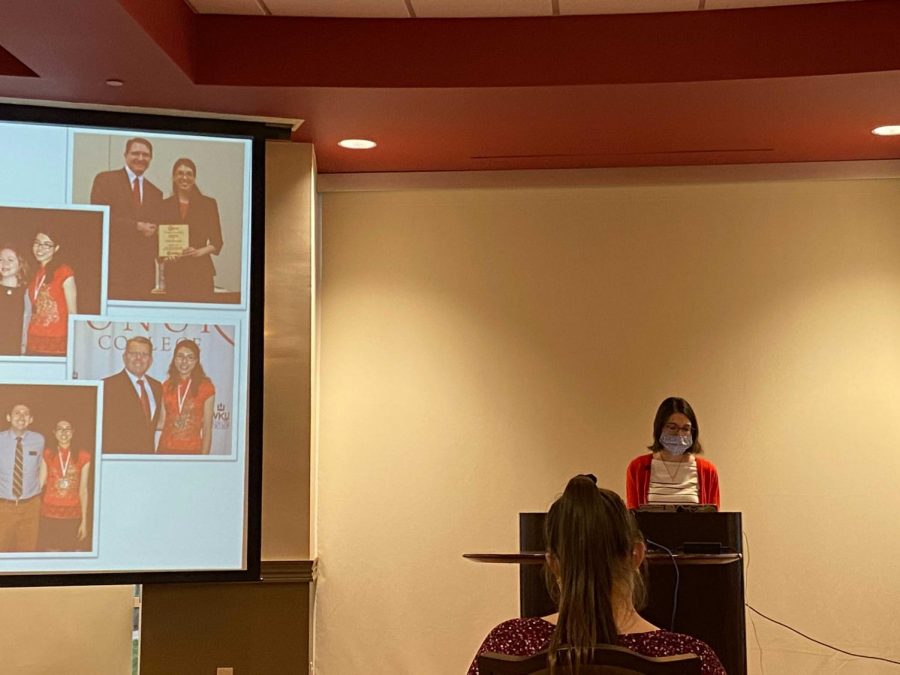 The Mahurin Honors College hosted a WKU alumna and former Gatton Academy attendee to discuss her work in the field of medicine on Tuesday.

The speaker, Sarah Schrader, got her bachelor’s degree at WKU while participating in the Chinese Flagship program. She returned to WKU to participate in the Young Alumni Speaker series.

Schrader moved to New York to join the Weill Cornell Rockefeller Sloan Kettering Tri-Institutional Doctorate program. After completing her first two years of medical school, she began thesis research in 2016, investigating the mechanisms behind different forms of antibiotic resistance and micro-bacteria, including the species that causes tuberculosis.

Shrader pointed to her time in honors college as crucial to success, largely due to the mentorship she had in the program.

Another skill she said she learned in the Honors College is writing applications as well as planning.

“I also learned long-term and short-term planning,” Schrader said. “One of the very first things that I did after I joined is I decided to stay dedicated to making a long-term scholarship plan for all the scholarships I was going to apply for.”

After medical school, she is planning to become a clinical pathologist.

“After two years of trying to remember things and pretend like I knew what I’m doing, I will be able to get my MD,” Schrader said. “The pathologists are the people that you don’t see in the hospital but they’re very important.”