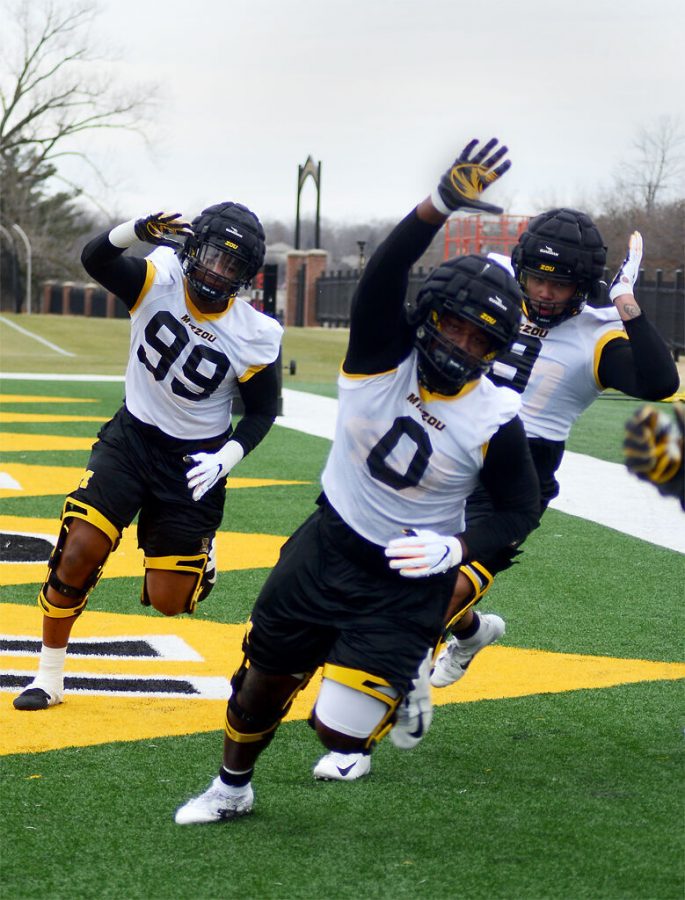 At the beginning of spring practice, new Missouri football defensive coordinator Steve Wilks’ challenge to his players was simple and succinct.

Implementing a new-look system by switching the defensive setup from man coverage to zone, Wilks acknowledged the process may be slow, difficult to learn and frequently imperfect. Nonetheless, it was a process Missouri football was going to undertake.

Practice No. 13 on Tuesday was the Tigers’ second to last in spring camp, a short period of time to break in such an overhaul.

Tuesday’s practice followed Saturday’s annual Black and Gold spring game, which shared more characteristics with the 11 practices that preceded it than it did any of Missouri’s 10 games last fall. One of the few things that could be gleaned from the game was that progress has been made on defense under Wilks’ control.

Missouri’s defense outplayed its offensive counterpart in all the segments that vaguely resembled a typical game. Though the points on the day were awarded in an unconventional, seemingly spontaneous manner, it was the defense that left the field the victor. Its starting lineup held starting quarterback Connor Bazelak to zero touchdowns and only a few deep completions. The entire offense went nearly 60 minutes without a score.

“It starts with great communication, that’s the sign of a great defense,” Wilks said. “The biggest thing that you saw was that they’re starting to really trust in the scheme and really trust in the man beside them. We preach all the time about doing your job, and be one of 11.”

Beyond Wilks’ ambitions for daily progress was coach Eliah Drinkwitz’s overarching goal of individual player development, a phrase that has dominated the messaging from the coaching staff in the spring.

That individual development hasn’t just meant new tactics and new schemes, but a position switch for defensive lineman Isaiah McGuire, who says he has been training more as an edge rusher during the spring.

“Now being on the true defensive end, true edge, I have to read the keys a little bit different,” McGuire said. “Now you gotta look at who’s coming back across the line of scrimmage, what I need to do, what’s going on in the backfield.”

The adjustments have come thick and fast for Missouri, but seem to be taking shape as spring practice draws to a close.

“I know for me, I just wanna help this team the best possible way and that’s where they placed me,” McGuire said.

“We’re a long way from where we wanna be, but I feel like we’re moving in the right direction,” Wilks said.