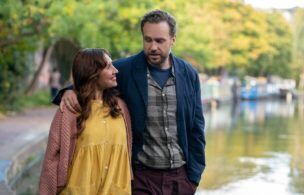 Apple TV+ has set a return date for its critically acclaimed British comedy Trying — and announced that it’s been given an early Season 3 renewal.

The series starring Esther Smith and Rafe Spall will debut Season 2 Friday, May 14. When it returns for its eight episode Season 2 run, married couple Nikki (Smith) and Jason (Spall), who earlier learned they were unable to conceive on their own, are still navigating the adoption process. After having been approved by the adoption panel, the pair are now working on matching with a child. Of course, the process, they learn, is not as straight forward as they had hoped, from the red tape to the actual pairings. While other couples seem to be getting matched with ease, Nikki and Jason are coming up short.

With the help of their social worker Penny (Imelda Staunton), the duo do everything they can to  make their dreams come true. And when Nikki meets a little girl named Princess, she’ll feel as though it’s meant to be — but will the obstacles be too big to overcome?