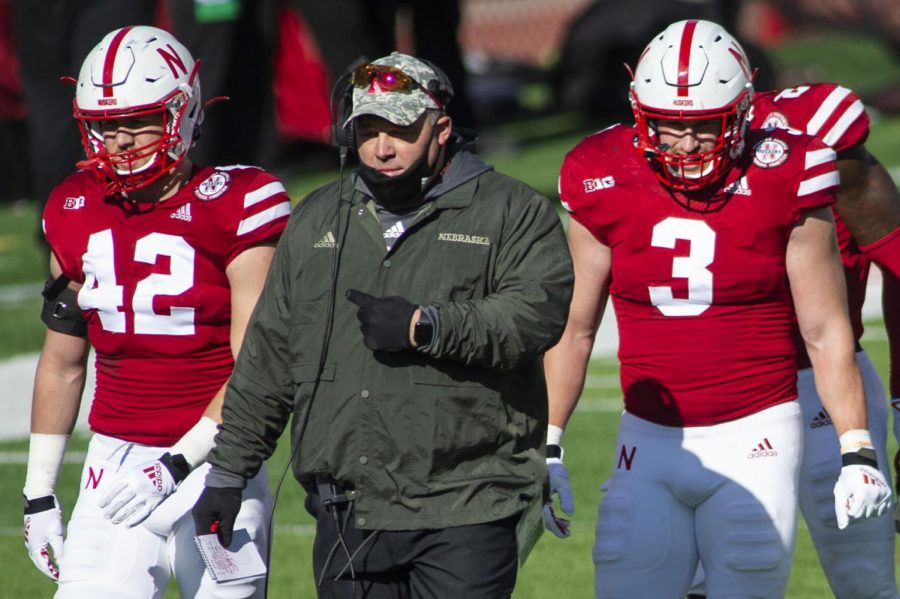 Nebraska assistant coach Mike Dawson walks back to the sideline flanked by Nick Henrich (left) and Will Honas in November at Memorial Stadium.

As the March 30 start of spring football draws nearer for Nebraska, the Journal Star is taking a brief look at each position on the roster and where the Huskers stand. Defense week continues with a look at Barrett Ruud’s inside linebacker room.

Veteran presence: Honas’ return to use the extra year of eligibility granted by the NCAA puts him in a unique position. He’s a junior college player who now will log four seasons at a Division I college, too. Honas has steadily grown into a regular for the Huskers. He suffered a knee injury in 2018, played better late in the season in 2019 as he got back to fully healthy and then took another step forward in 2020. He’s the bridge to a wave of young players, and he’ll be looked to as the leader in Ruud’s group this fall.

Honas’ return helped fortify what could end up being a deep group for the Huskers. Reimer burst onto the scene in 2020 and Ruud said the Lincoln North Star graduate’s challenge is to be one of the best in the Big Ten. Henrich has moved between inside and outside, but settled in and played the best of his young career late in the season inside. Then there’s Kolarevic, a graduate transfer from Northern Iowa who has two years of eligibility remaining and arrived on campus in January.

Beyond those four, things are a little more open. Snodgrass earned a few snaps at linebacker and was a special teams regular, while Mauga-Clements and Hannah were further down the depth chart last year. A normal offseason should help everybody, and the strength of the group will depend considerably on how much of a jump Reimer and Henrich make.