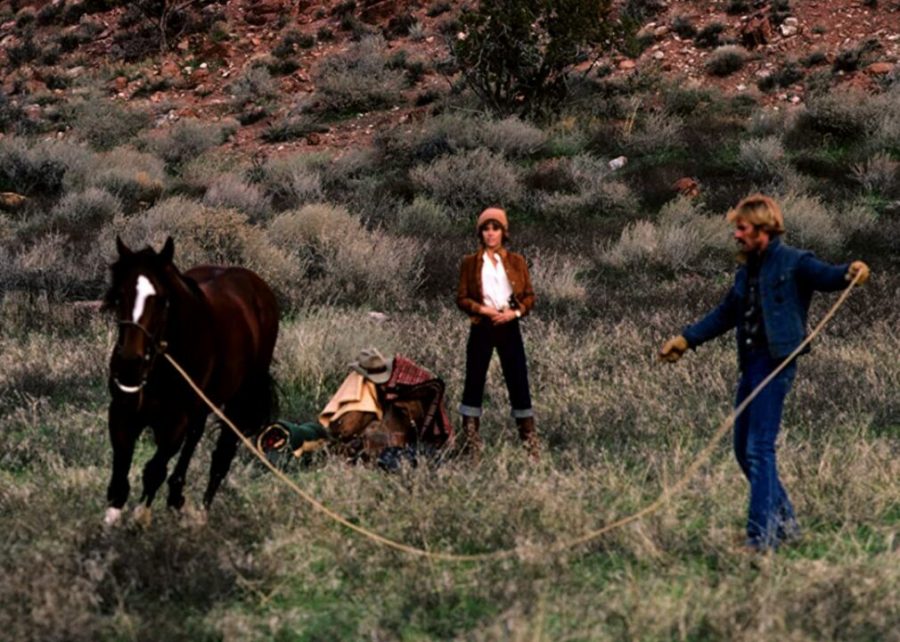 Robert Redford plays a washed-up rodeo star who is hired as a spokesperson for a cereal company. He feels like such a sellout that he steals the company’s horse and runs away, soon followed by reporter Hallie Martin, played by Jane Fonda. Country music star Willie Nelson had a role in the movie and also sang five songs on the film’s soundtrack.