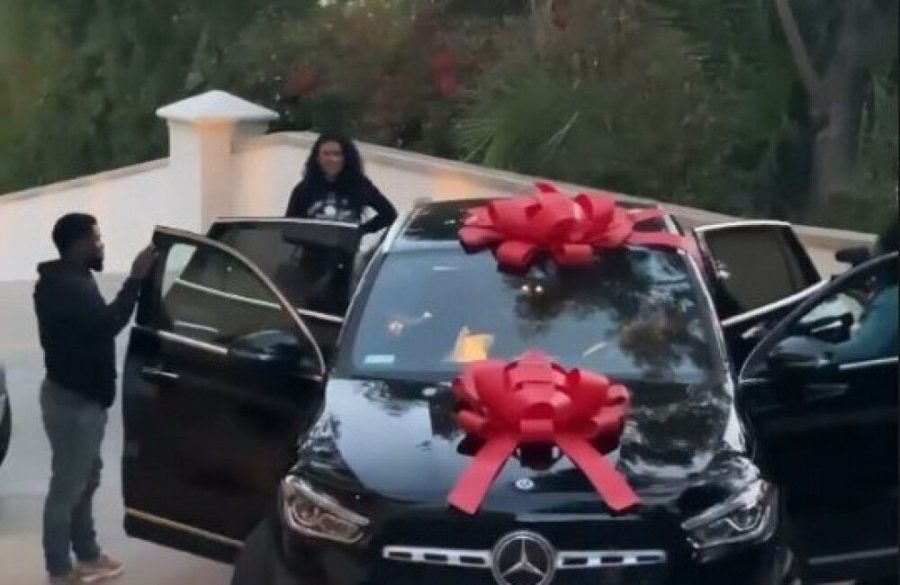 Kevin Hart surprised his daughter Heaven with a black Mercedes SUV on her 16th birthday.

The ‘Night School’ star threw a lavish surprise bash for the teenager’s milestone birthday this month.

The party’s organizers bDASHd shared some footage from the celebration on their Instagram Story, including the moment Heaven set eyes on her shiny new ride covered in giant red bows.

Heaven – whose mother is Kevin’s first wife Torrei – also had an outdoor cinema with ‘My Hero Academia’ manga decorations and a three-tier cake.

The comedian also has Hendrix, 13, with Torrei – who he split from in 2011 – and Kenzo, three and Kaori, five months, with second wife Eniko.

Meanwhile, the 41-year-old star previously gushed about how “blessed” he was to be expanding his brood before welcoming his youngest child into the world in September.

He said at the time: “I’m excited. [I’m] about to be a family of six. Two girls, two boys, two dogs. I would’ve never imagined this in a thousand years. It’s a beautiful thing. I’m blessed beyond my years. [I’m] just holding my breath and getting ready for what’s to come. That’s what I’m doing.”

The Hollywood star also admitted that while the COVID-19 pandemic has been “catastrophic” for those who have lost loved ones, he’s loved every minute of being at home with his family.

He said: “You don’t wanna see anything happen where people are losing their lives, where it’s a catastrophic moment. The best thing is just continued time with my wife and my kids, actually sitting down, actually being home, being present. It’s been unreal.”