Paramount+ to Celebrate ‘Star Trek’ With First Contact Day: A Guide to the Panels & Marathon 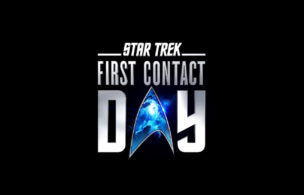 Paramount+ to Celebrate ‘Star Trek’ With First Contact Day: A Guide to the Panels & Marathon

What better way to celebrate April 5 — which, in Star Trek history, is the day in 2063 when humans first made contact with Vulcans, as depicted in the movie Star Trek: First Contact — than with a day full of panels, news, marathons, and more?

Paramount+’s First Contact Day is a follow up to Star Trek Day (on September 8). The #StarTrekUnitedGives initiative, where for every person that tweets the hashtag, the streamer will donate $1 to organizations that champion equality, social justice, and the pursuit of scientific advancements, will be part of First Contact Day as well. See Also‘Star Trek: Strange New Worlds’ Begins Production, Plus New Cast Members Announced (VIDEO)
Captain Pike, Number One, and Spock are finally about to boldly go where no one has gone before.

Panels will run from 3:00-5:45 PM ET, with hosts Wil Wheaton and Mica Burton. During each, the cast members and creatives from the universe will discuss exploration, unity through diversity, and new frontiers in the franchise, plus offer up sneak peeks of what’s ahead.

Check out the panels, their descriptions, and the panelists below:

“Women In Motion” Panel: Star Trek: Discovery‘s Sonequa Martin-Green, Star Trek: Picard‘s Michelle Hurd and Isa Briones, and Star Trek: Lower Decks’ Dawnn Lewis look back at how Star Trek: The Original Series actress Nichelle Nichols helped pave the way for women of color on television and her lasting impact on not only Star Trek, but also science and culture.

Star Trek: Prodigy Panel: Executive producers Kevin and Dan Hageman are joined by Captain Kathryn Janeway herself of Star Trek: Voyager and Kate Mulgrew, who is reprising her role in animated form to talk about the highly anticipated upcoming CG-animated kids series from Nickelodeon and CBS Studios.

U.S. fans will also be able to stream a “Best of First Contacts” marathon — with episodes from 10 different Star Trek series — beginning at 12/11c (and pausing for the panels) and ending at 9/8c at StarTrek.com/FirstContact. Check out the list of episodes below: