Ask Matt: Is Netflix’s ‘Monster’ Just Another Case of Overkill? 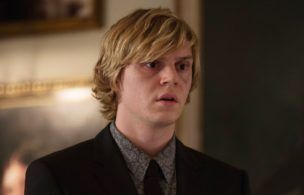 Welcome to the Q&A with TV critic—also known to some TV fans as their “TV therapist”—Matt Roush, who’ll try to address whatever you love, loathe, are confused or frustrated or thrilled by in today’s vast TV landscape. (We know background music is too loud, but there’s always closed-captioning.)

One caution: This is a spoiler-free zone, so we won’t be addressing upcoming storylines here unless it’s already common knowledge. Please send your questions and comments to [email protected] (or use the form at the end of the column) and follow me on Twitter. Look for Ask Matt columns on many Tuesdays and Fridays. Why Do A Show About This Monster?

Question: Regarding Ryan Murphy’s upcoming Netflix project Monster: The Jeffrey Dahmer Story: Why does money have to be spent on glorifying a story like this? To me it’s of no value to give this any more airtime than it has already received in the public. The preoccupation with heinous acts and then giving them attention as entertainment is puzzling and concerning. With America’s “return to normal” being ushered in with mass shootings, racially based assaults, more voice to conspiracy theories and denial of reality (see Miami spring break): Why? Just why? Is this not pandering to the lowest of our standards for entertainment? — Unsigned

Matt Roush: If Monster does glorify or amplify Jeffrey Dahmer’s crimes in any way, or try to turn this into a real-life version of Ryan Murphy’s lurid American Horror Story franchise, I’ll agree with these reservations. But as I preach frequently in this space, criticism in advance of actually seeing the finished product rarely serves any purpose. Let’s wait and see how it turns out. In the announcement of the limited series, it was reported that this will be not so much about the monster as his victims, told from their perspective, and exploring the systemic failures (including white privilege) that allowed Dahmer to keep killing. It’s described as more psychological than sensational in tone, and if that’s the case, I’d give it a chance. There’s cause for concern when you consider Murphy’s track record with over-the-top series like American Horror Story and the absurd Ratched, but he’s also aimed high with his American Crime Story seasons that dealt impressively with the O.J. Simpson trial and the Versace murder. If Monster is closer to that model, it may be very much worth watching, regardless of our distaste for the subject matter. See Also‘Debris’ Stars Scroobius Pip & Norbert Leo Butz on the Mysterious Anson and Playing ‘Political Chess’
Fans may start questioning if Pip’s Anson is the bad guy after Episodes 5 and 6.

Should Debris Be Scarier? And Where’s Evil?

Question: I have been enjoying the NBC show Debris. I feel it’s a fresh take on the concept of aliens coming for a visit to Earth, especially since there are no aliens — yet. However, I am finding that while it has plenty of suspense and drama, it is sorely lacking in action. It could also use a little horror to spice things up. Think The X-Files. What are your thoughts? Also, I must ask: Do you have any news on when we might see the return of Evil? I can’t believe how much I miss this show. I guess it’s true what they say: Absence makes the heart grow fonder. – Justin

Matt Roush: So far, I’m still intrigued by the tone of mystery and weirdness that Debris has managed to sustain — in part because it isn’t trying to be an X-Files clone. With COVID restrictions limiting the scope and ambition of many series right now — look at The Walking Dead, which just spent half an episode showing Carol chasing a rat around a garage — this couldn’t be a more difficult time to launch and produce a series like this, so I’d cut it some slack when it comes to big action scenes right now. (I’m seeing this observation in my mailbag about other shows that aren’t quite as “big” as they were in previous seasons.)

See Also‘The Walking Dead’: Norman Reedus & Melissa McBride Talk Mending the Rift on Season 10C (VIDEO)
Plus, they talk about the return of Maggie and the upcoming Carol/Daryl spinoff.

It has also been reported that Evil had to rethink some of its approach toward breaking stories for its second season because of pandemic restrictions, resulting in more character-focused episodes. I’m getting so much mail about Evil’s long-awaited return that I checked with CBS and there’s still no news about a premiere date. At this point, it’s looking like it might be a summer series — and given the networks’ desire to have original programming year-round, that might not be such a bad thing.

This Reboot Would Have Been something

Question: I was watching the Stars in the House online reunion with all seven cast members of thirtysomething. They were about to shoot the reboot pilot when the pandemic hit, and ABC ultimately pulled the plug. My question is: Why? With all the reboots happening, why not go back to this extraordinary cast who clearly all love each other and still think it’s the best writing they’ve ever had. With Marshall Herskovitz and Ed Zwick still at the helm, I don’t get why ABC would just walk away from the opportunity at having this group and writing on TV again. — Marc See AlsoWhat Have the Original ‘thirtysomething’ Stars Been Up To? (PHOTOS)
As ABC develops a sequel series to the Emmy-winning drama, check out the original cast’s post-‘thirtysomething’ careers.

Matt Roush: One of the many casualties from last year’s aborted pilot season, the next-gen sequel to thirtysomething really does seem like a lost opportunity. It was reported at the time that its hefty price tag may have been a factor, and though this series was undeniably iconic at the time (1987-91), acclaimed by many and defining of its generation, it was a different and long-ago period for TV and its commercial prospects were by no means guaranteed during this tough stretch for the industry. That’s the best explanation I can think of, and I hope Herskovitz and Zwick keep coming back. Maybe somewhere more hospitable than their former network home.

Did Oprah Let Harry and Meghan Off Easy?

Comment: I am so tired of hearing about Oprah’s wonderful interview. It was a soft interview. Every question was designed to make Harry and Meghan look good. Racism is inexcusable, but many complaints raised by the couple had nothing to do with race. These should have been explored with some hard questions. If Meghan was naive about her role in the Royal Family, why didn’t Harry prepare her? He certainly knew she would have to curtsy to the Queen. He knew royal protocol about religious and public ceremonies. He also knew how vicious the British press could be. Why didn’t he warn her? Was he afraid that if she knew what she was getting into that she wouldn’t marry him? Was William so wrong to suggest to Harry that he was moving too fast? Meghan was getting a starring role on the world stage and did no prep work? I’m not an actress, but before I went to my first Passover seder, I read a Haggadah. Good preparation is good manners. Princess Mary of Denmark did months of prep work before her marriage. Harry quit his job as a working Royal and still expected his daddy to foot the bill for his extravagant lifestyle? For a 36-year-old? Try that in your dad’s furniture store. Harry quit his job and expected the British people to pay for his security even as he left Britain? Where were these questions? Oprah Winfrey is no Barbara Walters. — Susan M, Fairfield, CT

See AlsoIn a Triumphant Oprah Interview, Meghan and Harry Finally Speak Out
In a probing, open discussion, Oprah shows again why she’s a master of the craft.

Matt Roush: There’s no doubt that this was a friendly interview in terms of Oprah Winfrey’s connection to the ex-royals — she even attended their wedding, so expecting journalistic objectivity was probably too much. It’s also clear where her sympathies lied (same goes for the above commentary), but the other uncontestable truth about her CBS special was that once again, Oprah delivered riveting TV.

Where Have All the Movies Gone?

Question: I’m wondering what happened to “Saturday Night at the Movies” on the premium cable channels — at least, that’s what we called it in my home. The premium (i.e. PAID) cable channels seem to have stopped airing new movies on Saturday evenings. I really looked forward to this staple! I mean, have they given up on their customers? Or are they assuming that all of us are ONLY watching movies on the various streaming platforms now? While we must deal with COVID-19 and lots of activities being out of reach these days, it’s taken away so much of our way of life, like going out. Please tell me what’s going on or why they decided to do this. Also, will this feature come back anytime soon? — Mona W See AlsoAsk Matt: Too Much ‘Millionaire?’ A Crowded ‘Light’ Show, ‘Coyote’s Move, ‘Race’ Debate & More
Plus, drawing the line between Emmys and Oscars.

Matt Roush: The real problem right now is there aren’t a lot of feature films in the pipeline because the industry shut down last year, and many movies that would have gone from big screen to pay-per-view to premium to streaming didn’t happen because there was no big screen. (Some of the major titles from 2020 haven’t even premiered yet.) Also, many films bypassed a theatrical premiere and sold the rights directly to streaming services because it was their only option during a disastrous year. This may have changed the distribution process for good — no one really knows yet — but when big movies begin premiering again exclusively in movie theaters, they may still get a big splash on premium cable en route to streaming, although the timetable may shrink considerably. Again, we don’t know. Movie theaters are in the same bind, fearing they’ll never regain their control over the system.

Take Me Back to the Island!

Question: I have gotten through my DVR to the point where I am watching my remaining episodes of The Amazing Race. I don’t expect to see a new one anytime soon, given the pandemic, but what about Survivor? Any word on if there will be a new one soon? I would really enjoy seeing these people go to anywhere, especially in the natural beauty of Survivor’s typical locations. — Kristi See Also‘Survivor’ to Finally Begin Production on Season 41 in Fiji (VIDEO)
After delays due to COVID, host and executive producer Jeff Probst says he is ‘pumped.’

Matt Roush: You’re probably right about The Amazing Race being on hold until international travel eases, but you must have missed the happy news announced recently by Jeff Probst that Survivor is finally going back into production in Fiji, with COVID protocols in place in a tropical bubble. I expect we’ll see the new season in the fall, and I’m with you that we could all use this great escape.

Another bit of happy news regarding a show fans keep asking about: PBS’s Masterpiece will air a second season of its Victorian mystery series Miss Scarlet and the Duke in 2022.

See AlsoHot on the Trail: 3 TV Investigators Who Top Our Crime-Solver List
We enjoy villains as long as there are brilliant minds to stop them.

That’s all for now. Thanks as always for reading, and remember that I can’t do this without your participation, so please keep sending questions and comments about TV to [email protected] or shoot me a line on Twitter (@TVGMMattRoush), and you can also submit questions via the handy form below. Please include a first name with your question.