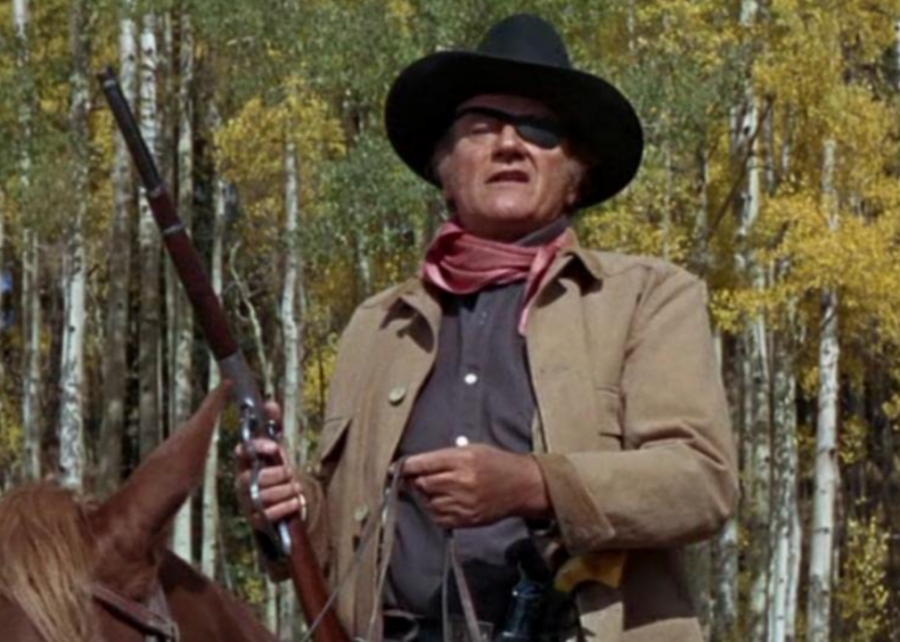 John Wayne takes top billing in the story of gruff, one-eyed U.S. Marshal Rooster Cogburn, who sets off to help avenge a killing, accompanied by a teenage girl played by Kim Darby and a Texas Ranger played by Glen Campbell. Elvis Presley is said to have been considered for the Texas Ranger role, but when his manager Col. Tom Parker wanted Presley to get top billing, the part went to Campbell.