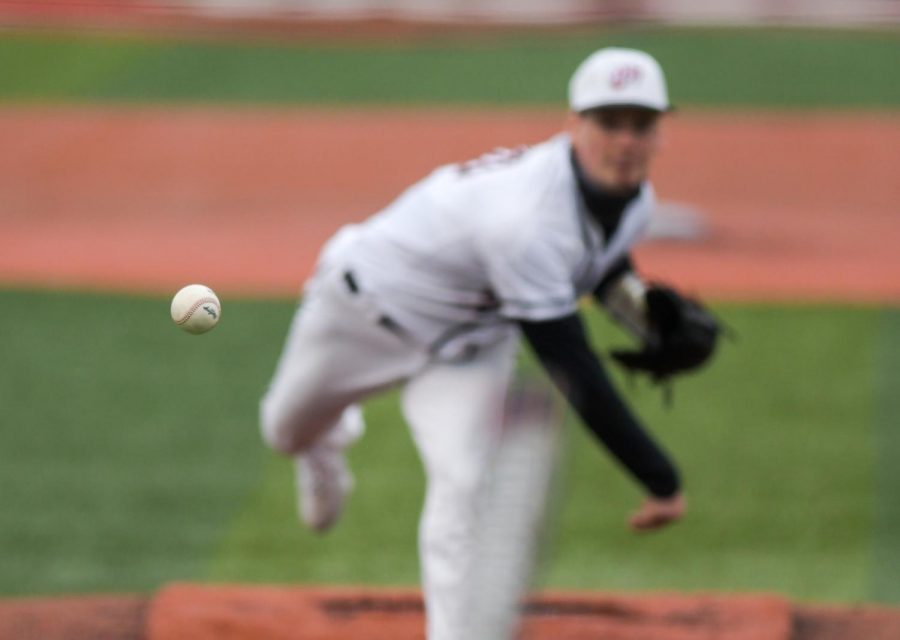 Tulane (4-6) hosted WKU (4-6) for the third and final game of the weekend series. The Hilltoppers won an exciting high-scoring game 8-7 over the Green Wave.

Redshirt junior Michael Darrell-Hicks was awarded his second start of the season for WKU to wrap up the road trip to New Orleans, Louisiana. He tossed for two innings allowing three runs.

Tulane turned to redshirt junior Jack Aldrich for the Sunday morning start. He went on to toss for five innings allowing four runs.

For WKU, sophomore Matthew Meyer went 3-for-3 with four RBIs and two doubles, while giving WKU the lead in the top of the seventh inning.

Freshman Bennett Lee, for Tulane, went 2-for-3 with three RBIs and his first collegiate home run.

WKU got off to a hot start when sophomore Matthew Meyer, in the top of the first inning, hit a single up the middle. WKU continued their success with a double and hit by a pitch to load the bases with one out.

Senior Matt Phipps would then bat in Meyer for the first run of the game on a fielder’s choice giving WKU a 1-0 lead. Aldrich would then get a ground out to get off the bases-loaded jam.

At the top of the second frame, WKU would reclaim the lead after senior Kevin Lambert tripled. Then Lambert would score on a sacrifice fly by Meyer. WKU ended the top of the frame by grounding out.

Tulane continued their hot bats in the bottom of the second when freshman Jacob Laprairie hit an RBI double to tie the game. Then Tulane would take the lead on an RBI single from redshirt sophomore Jared Hart. Tulane then grounded out to end the second inning.

Tulane reclaimed the lead in the bottom of the fourth frame when freshman Bennett Lee hit his first collegiate home run scoring two runs. WKU got out of the fourth inning with two straight outs. Tulane led 5-3 after four innings of play.

After Aldrich let up a lead-off double to start the sixth inning, Tulane made a pitching change going to graduate Robert Price. Price got out of the top of the sixth inning after he loaded the bases by getting graduate Davis Sims to ground into a double play.

In the bottom of the sixth, WKU made a pitching change putting in redshirt sophomore Mason Vinyard for Peter. Vinyard got out of the sixth inning, but not before Lee hit an RBI double to extend the Tulane lead to 6-4.

In the top of the seventh inning, WKU rallied to take the lead. Phipps hit an RBI single to cut the Tulane lead to 6-5. Then three batters later, an error made by Trevor Minder scored Phipps from third to tie the game at six apiece.

With the bases loaded, Meyer hit a two run RBI double to give WKU the lead 8-6. Tulane went through three pitchers before redshirt junior Justin Campbell got Tulane out of the top of the seventh frame. WKU went into their bullpen to put in redshirt junior Bailey Sutton at pitcher. Tulane could not answer in the bottom of the seventh going three up and three down.

After WKU went three up and three down, Tulane was able to cut into the WKU lead when Laprairie hit an RBI single. Sutton got out of the eighth inning by striking out Hart.

At the bottom of the ninth, Tulane could not get anything going as they went three up and three down. Sutton got his first save of the season. WKU won the final game of the road trip 8-7.

Up next WKU will travel up to Lexington, KY to play Kentucky on Tuesday at 3 p.m.