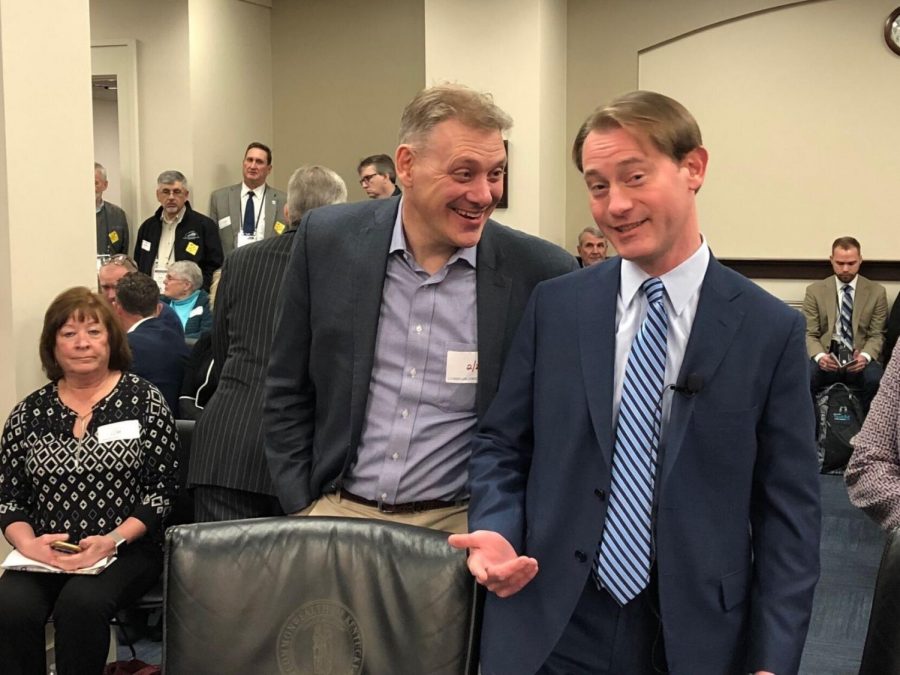 (The Center Square) – Kentucky Secretary of State Michael Adams had a busy Monday thanks to his Republican colleagues in the General Assembly. Adams wound up signing at least 14 bills into law after GOP lawmakers were able to override the vetoes from Gov. Andy Beshear.

He remained busy Tuesday as well as he signed House Bill 563, the school choice bill. It barely cleared the state House of Representatives on Monday evening after House Education Committee Chairwoman Regina Huff, R-Williamsburg, changed her no vote from earlier in the session to a yes vote Monday night.

Huff’s vote gave the House 51 yes votes. That’s the threshold needed to override a veto in the 100-seat chamber. Three hours later, the Senate’s 23-14 vote sent the bill to Adams’ desk on the Capitol’s first floor.

In responding to a tweet from Louisville Courier Journal reporter Olivia Krauth, Huff said she voted for the final bill because of a promise from legislative leaders to fully fund kindergarten for the first time in public schools. Huff voted yes for HB563 on March 11 based on that pledge but against it on March 16 when kindergarten spending was not included after the Senate made other changes to the bill.

“K(indergarten) funding is 150 million to public schools… Further, public schools have the opportunity to receive portions of 25 million. Looks pro public Ed to me!” she tweeted.

As the Senate voted to finalize the override on HB 563 Monday evening, the House was putting the final touched on the override for Senate Bill 228, a bill that overhauls how a governor can appoint a replacement U.S. Senator. The bill stipulates that the governor must choose from one of three individuals nominated by the departing senator’s party.

It’s designed to keep a Democratic governor, like Beshear, from picking a fellow Democratic in case U.S. Sen. Mitch McConnell, a Republican, is unable to complete his term.

Beshear claimed the bill violates the Kentucky and U.S. constitutions.

Another veto overridden was for House Joint Resolution 77, which lays out the COVID-19 resolutions can be extended. Currently, Beshear and Republican legislative leaders are battling in court to see if the General Assembly has a right to rein in the governor’s actions, some of which have been in place for a year.

Lawmakers continued working on other bills as well Tuesday, the final day of the 2021 regular session. That included House Bill 382, a funding bill that included several last-minute changes – such as the funding for public school kindergarten, and House Bill 372, which includes tax breaks for businesses to locate data centers in Kentucky as well as incentives designed to lure telecommuters here.

These pieces of legislation can be vetoed by the governor and lawmakers will not be able to override them.