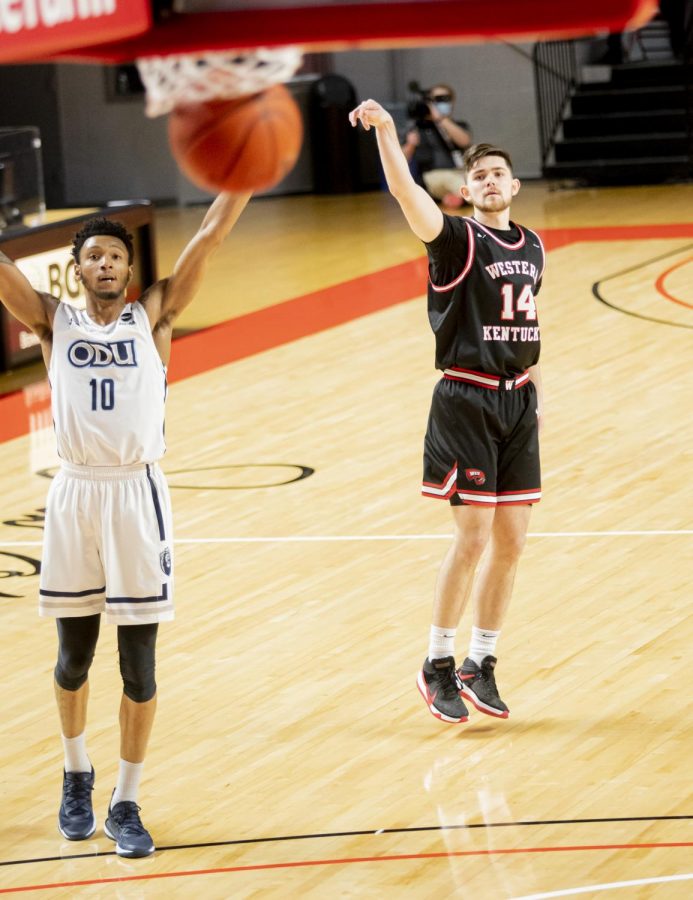 After splitting the series in dramatic fashion with Old Dominion this past weekend, the WKU Hilltoppers can call themselves the Conference USA East Division champions and the overall regular season C-USA champions.

This is WKU’s first regular season championship since 2009, when the program was a part of the Sunbelt Conference.

“We’ve played five games in nine days. The previous 30 days we played two games, it definitely wasn’t easy,” head coach Rick Stansbury said. “It’s a new season. It’s a three-game season now. We’ll turn our focus to the next season— back-to-back-to-back, and we all know what’s at stake in this season.”

Every team will be competing in this season’s tournament, unlike previous seasons when 12 of the 14 teams earned a spot.

WKU has played Charlotte twice this season, splitting the opening series in conference play. WKU won the first game 67-63 but lost the second 75-71 in overtime. They have not played UTSA this season.

“We’ll definitely be keeping up but I’m sure the coaches are going to be doing their due diligence on scouting trying to get a quick report for us,” senior Carson Williams said.

The Hilltoppers have been to the last two conference championship games, both ending in losses with a differential of six points or less. WKU battled for the conference regular season championship last year in a losing effort against North Texas before the postseason was canceled due to COVID-19.

The 2021 regular season champions head into the tournament led by the three current members of the 1000-point WKU career club. Junior Charles Bassey has led the team in scoring, rebounds and blocks this year, averaging 18 points, 11 rebounds and three blocks.

“We’re playing for another championship — we got one out the way, now we got one more,” Hollingsworth said. “We got three games to play and you know we’re just gonna focus up and get ready for those.”

What’s different between the previous Hilltopper teams that have made it to the championship game and this team is that this team has more depth.

The additions of junior transfer Luke Frampton, sophomore Jordan Rawls, Williams, freshman Dayvion McKnight and senior Kenny Cooper has proven to be essential to a core of players that had to play 35 minutes or more every game after the injury to Bassey last season.

If WKU makes it all the way to the championship they will play Thursday at 5:30 p.m., Friday at 11 a.m. and Saturday at 8 p.m. Thursday’s matchup will be broadcast on Stadium while Friday and Saturday’s contests will be on the CBS Sports Network.