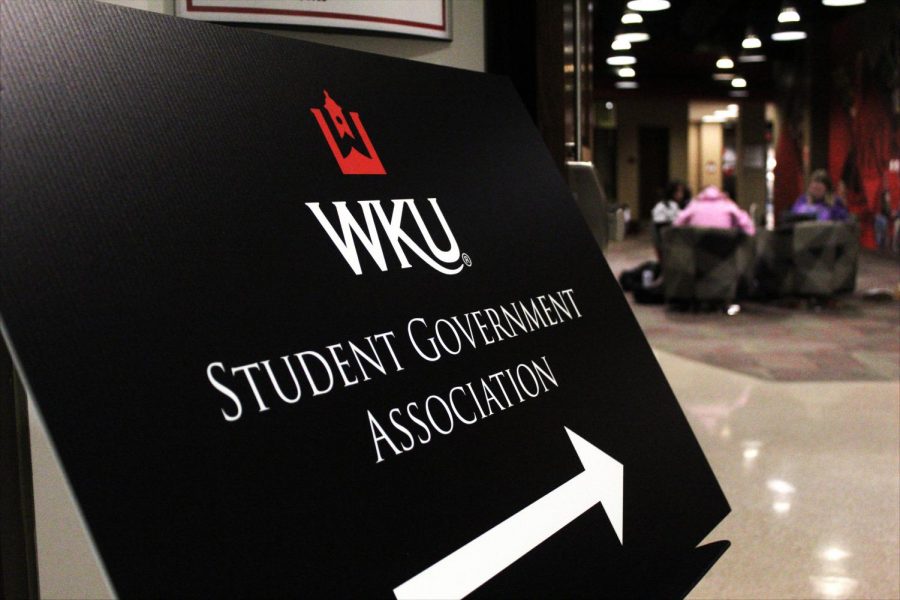 The Student Government Association passed legislation Tuesday to aid student organizations, fund SGA outreach forms to be put on campus, and ask Western Kentucky University to create a “Vet Our Vendors” University Committee in their ninth meeting of the semester.

The meeting began with a report from SGA president Garrett Edmonds, where he announced that Chief Justice Erika Puhakka has stepped down from her position. Edmonds stated that he will not be nominating anyone for this position.

“I think with it being this close to elections, that is the responsibility of the next president,” Edmonds said. “I think that’s the only thing that is right in this scenario.”

Edmonds then announced that there are currently only 13 people running for senate in the next election, and urged senators to tell their peers to run.

After reports, the senate began voting on legislation.

The first bill, authored by Me’Lon Craighead, was to provide funding for Omega Psi Phi’s “Skate-Owt” event. The bill would allocate $600 to the fraternity.

After debate, the bill was pulled and will be voted on at a later date.

The second bill, also authored by Craighead, was to provide funding to SGA’s Outreach Committee to develop 50 outreach forms to be placed around campus for students to scan and communicate with SGA.

The bill was passed unanimously.

This bill passed, and is the largest organizational aid bill that SGA has passed.

The final bill of the meeting, authored by Kyle Phillips, was to ask WKU to create a “Vet Our Vendors” University Committee.

This bill comes in light of a controversial social media post by the owner of Lost River Pizza after WKU announced that the restaurant would be brought to campus. Phillips authored the bill to prevent further situations like this and to ensure that future campus vendors are vetted before any partnership is made.

Edmonds urged senators to push this bill back to next week so that changes could be made to the wording of the bill, but after a vote, it was decided that the bill would be voted on during this meeting.

After debate, a friendly amendment was passed and the wording in the bill was changed from “Vet Our Vendors” to “support a codified vetting process for all WKU vendors.”

The bill was passed with 16 “yes” votes and 2 absentions.