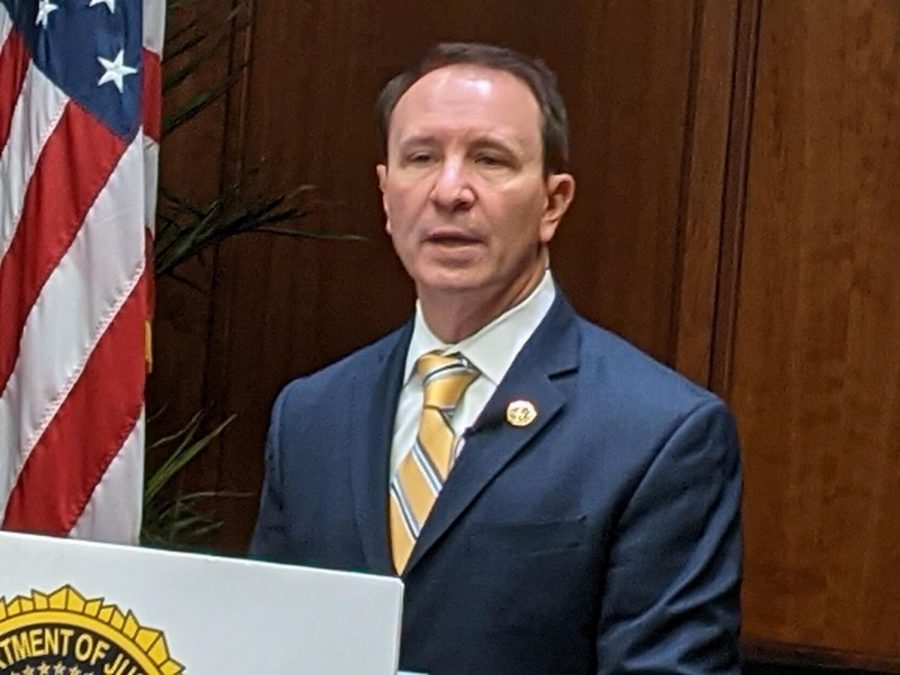 “The Biden plan fails under the law, and it fails to account for the environmental benefits of producing domestic energy under one of the most stringent and detailed regulatory frameworks in the world,” Louisiana Attorney General Jeff Landry said Wednesday.

The Biden administration issued an executive order in January, declaring a “pause” on new oil and gas leases on public land and offshore “pending completion of a comprehensive review and reconsideration of Federal oil and gas permitting and leasing practices.” The secretary of the interior was directed to consider whether royalty rates associated with coal, oil and gas should be adjusted to account for the impact of those fuel sources on climate change.

The lawsuit argues the agencies tasked with enforcing the order “rushed to halt long-planned lease sales using an opaque and nonpublic process.” Regulators failed to consider whether the order is in line with legal requirements and failed to consult states, the lawsuit said.

Landry said the administration undermines its own arguments about the need to consider environmental impact and “picks winners and losers” by exempting tribal lands from the moratorium. Industry representatives said exploration in the Gulf of Mexico produces less carbon than in other jurisdictions where regulations are not as stringent and where oil-and-gas drilling operations could move.

Mineral revenue also helps to fund coastal restoration and hurricane protection projects in Louisiana. Cancellation of one federal lease sale and the suspension of two others will reduce Louisiana’s share of Gulf of Mexico Energy and Security Act funding, which is dedicated to coastal projects, by up to $17 million, said state Rep. Blake Miguez, R-Erath.

The Gulf of Mexico supports 94,000 Louisiana jobs, said Mike Moncla, president of the Louisiana Oil and Gas Association. It is unclear when the moratorium might end or how any new rules might affect jobs and revenue for Louisiana.

The U.S. Department of the Interior declined to comment on the pending litigation.

Landry is taking a more aggressive stance against the moratorium than Louisiana Gov. John Bel Edwards, who also has expressed concerns. Edwards said Wednesday he had not had a chance to read the lawsuit.

Edwards recently became chairman of the Outer Continental Shelf Governors Coalition, a discussion and policy platform for offshore energy issues shared by coastal states and the federal government. He said he has spoken with industry and federal officials about the moratorium and said it’s clear enough leases already have been issued so that a temporary pause should not cause economic harm.

Edwards said he has stressed to federal officials that demand for oil and gas isn’t going away anytime soon, and oil production from the Gulf of Mexico leads to less carbon emissions than from anywhere else in the world. Permits to drill on existing leases are starting to be issued again, he said.

“Just as you’re starting to have the communication get you to a point where you’re feeling better about things and the permits are being issued probably isn’t the best time to file litigation,” Edwards said. “I don’t know how this litigation [a reporter asked about] advances our goals, but we’ll see.”