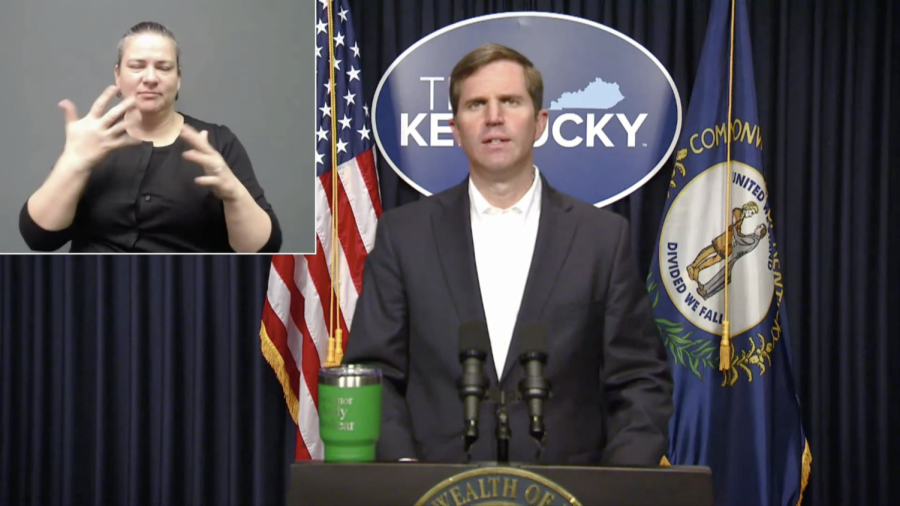 Gov. Andy Beshear announced 1,068 new COVID-19 cases on Thursday, alongside lower positivity rate and changes to protections put in place as a result of improving data.

During his Monday update, he said that restaurants, bars, gyms, and various places would be able to increase their capacity from 50% up to 60% as long as social distancing guidelines could be maintained.

Beshear said that our positivity rate was at 4.76%, but it has continued to decline. He said today the positivity rate had fallen to 4.6%, the lowest since Oct. 12. The governor announced 28 more deaths.

“These numbers continue a good trend that we see on the declining case numbers,” Beshear said. “Even better, our positivity rate is now 4.60% as it continues to decline.”

Regarding vaccinest, Beshear said 760,585 Kentuckians have at least had their first vaccine. He announced 567 vaccination locations statewide, 157 of which were added this week. Vaccines are available at multiple locations in Bowling Green including Walgreens.

In response to  states such as Texas and Mississippi repealing their mask mandates and opening restaurants back to full capacity, Beshear said Kentucky will not do that.

“We’re going to continue to lose people until we’re fully out of the woods and everybody is vaccinated,” He said. “That’s the reason we’re not going to do what Texas or Mississippi has done. Those decisions will increase casualties when we just have maybe even a matter of months to go.”

Rocky Adkins is a senior advisor to the governor, and he spoke at the media briefing lifestream. Adkins said state officials will ask for two federal disaster declarations one for the ice storm in mid-February and flooding throughout Kentucky this past weekend. He told homeowners to document as much of the damage as possible by taking photos.