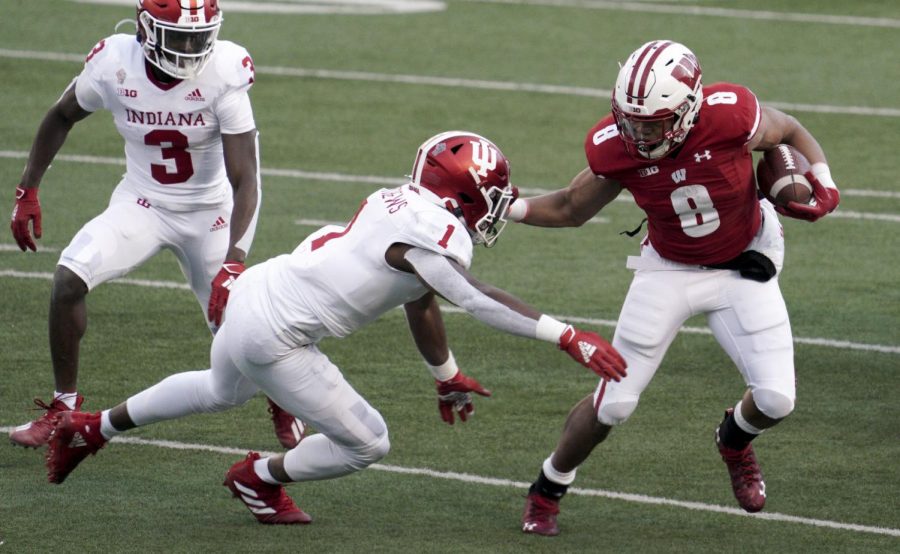 After a disappointing and disjointed year, there’s reason for optimism for the University of Wisconsin football team’s offense.

The group posted back-to-back wins to end the year and as the offseason machine starts to churn, it appears the Badgers are retaining more pieces of the puzzle than they may have once thought.

UW’s offense took the step back many expected after losing Jonathan Taylor and Quintez Cephus to the NFL. But the unit was also ravaged by injuries throughout the season, which limited what they Badgers could do. Add in a first-year play-caller in offensive coordinator Joe Rudolph having mixed results and you get an offense that averaged just 25.14 points.

One silver lining to take from the year is the amount of game reps young players got — freshmen like tailback Jalen Berger and wide receiver Chimere Dike became starters and showed they have big-play potential.

Redshirt freshman quarterback Graham Mertz had a year of ups and downs, typical of any young quarterback, but the seven starts he made should help him grow heading into next season.

Let’s take a look at how UW stands at each position as it embarks on the offseason. Note: Seniors have the option to return since 2020 didn’t count toward eligibility, but not all have announced their choices yet.