Students respond to growing class workload: “Things are piling up” 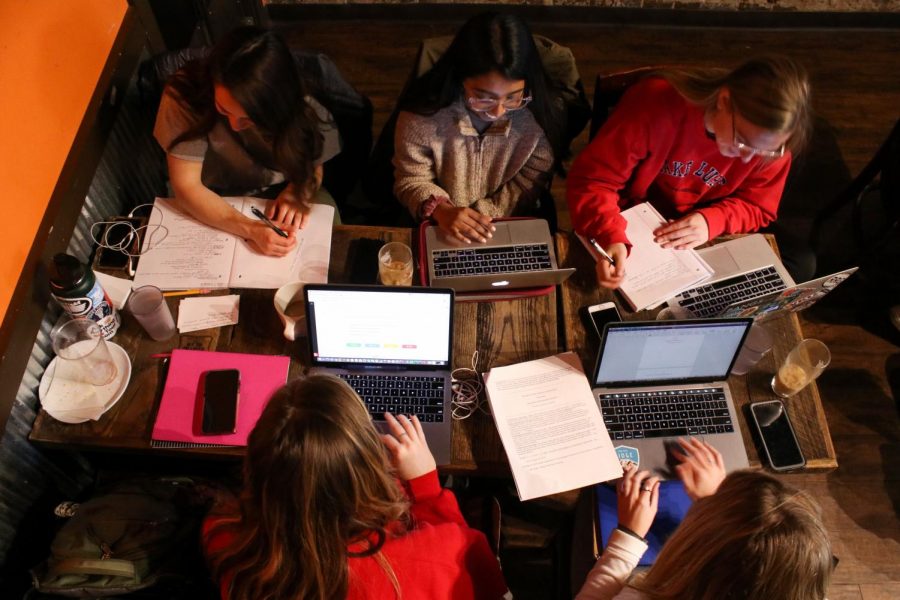 As the spring semester starts to heat up, and we get closer to finals and deadlines for semester long projects, it is important to take a step back and do a quick mental health and stress check to be sure that we are prepared to finish out the semester strong.

Freshman Andrew Blanford has noticed an increase in workload from his teachers, but is still managing to get things done despite the added pressure.

“Even though my grades are looking alright, I still feel kind of stressed about meeting deadlines and all that we have to do,” Blanford said. “I’m stressed but I’m getting my stuff done so that’s good.”

Blanford also said that his main way of alleviating stress is to do things that aren’t related to school or the work that comes with it.

“The best way for me [to alleviate stress] is to read a book, watch a show or hang out with friends, basically just to get my mind off of things,” Blanford said.

“For that one class, I’m dedicating probably over 6 hours a week in studying, so that’s been a really big stressor on me,” Hornback said.

Hornback has been grateful for new connections on his floor in his dorm, which have allowed him to relax and not worry about school as much.

“I’ve met a lot of people on my floor and it’s become more of a community,” Hornback said. “Being able to reach out and open up to a lot more people is a good escape from my schoolwork and being locked up in my room all the time.”

Sophomore Meygan Oliver has also been feeling a greater deal of pressure to meet class expectations.

“Midterm season has got me down, got me feeling a little bit stressed, which has been increasing the back half of this semester,” Oliver said.

Oliver has been releasing stress through various outdoor activities.

“Recently I’ve been trying to enjoy outdoor activities as the weather has been nicer so I’ve been playing a lot of basketball with my friends and hanging out outside to get some sunshine,” Oliver said.

Freshman Emily Furgal attributed a portion of her stress to the lack of a formal spring break this semester.

“I’m feeling kind of stressed because we don’t have a spring break this year, so I feel like there’s a lot of pressure on students to keep going with their work,” Furgal said.

Furgal also noted that her stress remedy was simple and to the point.

“I usually just take a nap, or sleep, that’s pretty much it,” Furgal said.

Sophomore Austin Searcy has his level of stress has continuously worsened as his class workload grows.

“I think the workload is increasing as the semester goes throughout, especially with the snow week things have gotten backed up,” Searcy said. “Things are piling up at the end with projects and everything.”