Worth Watching: Cocktails with Ina and Melissa, Oprah and Amanda Gorman, ‘Invincible,’ A ‘Ducks’ Reboot 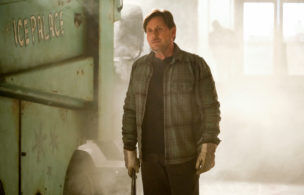 Worth Watching: Cocktails with Ina and Melissa, Oprah and Amanda Gorman, ‘Invincible,’ A ‘Ducks’ Reboot

Cocktails and Tall Tales with Ina Garten and Melissa McCarthy (Streaming on Discovery+): Who could pass up this invitation? The hilarious movie star meets one of her idols, aka the Barefoot Contessa, over Zoom, and they bond instantly over drinks, colorful personal anecdotes, and more drinks. They eventually invite their spouses to join the party, and a good time is had by all — including we lucky voyeurs. Invincible (streaming on Amazon Prime Video): Because one show (The Boys) about the dark side of superheroes apparently isn’t enough, Prime Video now adds to its roster an animated adaptation of Robert (The Walking Dead) Kirkman’s comic book series, colorfully hitting many of the same grisly beats. The talented voice cast is led by Oscar nominee and Walking Dead veteran Steven Yeun (Minari), as 17-year-old Mark Grayson, son of the planet’s most powerful hero, Omni-Man (J.K. Simmons). Mark is growing into his powers just in time to discover that these gifts come with a cost. See AlsoOprah to Interview Poet Amanda Gordon About Her Inaugural Triumph and More on Apple TV+ (VIDEO)
Catch a sneak peek of ‘The Oprah Conversation.’

The Oprah Conversation (streaming on Apple TV+): She wowed the nation with her impassioned poem “The Hill We Climb” during the presidential inauguration, and since then, fans have hung on every word spoken by Amanda Gorman, at 23 making the most of her position as the first-ever National Youth Poet Laureate. Gorman sits with Oprah Winfrey (fresh from her blockbuster session with Prince Harry and Meghan Markle) for an interview that touches on her literary and personal heroes and her hopes for the future.

See Also8 Shows Families Will Love Watching Together, From ‘Mighty Ducks: Game Changers’ to ‘Kenan’
Fluff the couch, gather round and enjoy some cross-generational entertainment.

The Mighty Ducks: Game Changers (streaming on Disney+): Disney hopes what’s good for Cobra Kai in the dojo will work as well in the world of youth hockey for a reboot of the 1990s family-film franchise, which in its day was something of a Bad News Bears on ice. The twist is that the Mighty Ducks is no longer an underdog team — anything but in today’s more cutthroat world of youth sports. When 12-year-old Evan (Brady Noon) is cut from the team, his mom (Gilmore Girls‘ Lauren Graham) decides to take action and form a new misfit squad to challenge the alpha Ducks. But she’ll need help, which is where former Ducks coach Gordan Bombay (Emilio Estevez reprising his role) comes in. He’s sworn off hockey and now runs a shabby Ice Palace, but this is Disney, so you know those cockles on his heart will soon be warmed. Further Down the Stream: More highlights on what is typically a busy day in the streaming world:

On Netflix: One of TV’s most enjoyable competition series returns with Nailed It!: Double Trouble, which doubles the fun by challenging teams of two equally inept bakers to take on challenges, while hosts Nicole Byer and Jacques Torres mockingly observe. … Also new: The Irregulars, a fantastical twist on the Sherlock Holmes legend that reinvents the Baker Street Irregulars as a gang of Victorian teens with unusual gifts who take on a supernatural threat; the uplifting musical drama A Week Away, about a troubled teen (Kevin Quinn) who finds purpose and love when sentenced to attend a Christian summer camp; and Bad Trip, a raucous hidden-camera movie in the style of Jackass, in which a cast including Eric Andre, Lil Rel Howery, and Tiffany Haddish shock unsuspecting bystanders with outrageous pranks in the context of a road-trip comedy. See AlsoWhat’s on Hulu in March, From ‘Solar Opposites’ and ‘kid 90’ to ‘Into the Dark’
Plus, your last chance for movies including ‘Blade Runner’ and ‘Dead Poets Society.’

On Hulu: The second season of horror anthology Into the Dark wraps with Blood Moon, about a single mom (Megalyn Echikunwoke) who moves to a remote desert town to protect her 10-year-old son (Yonas Kibread) and get a fresh start, but those pesky full moons may be a problem. … On a lighter note, the animated sci-fi comedy Solar Opposites returns for a second season, with more antics among the crash-landed aliens. For those seeking something to watch once Syfy’s Resident Alien signs off next week. Blue Bloods (10/9c, CBS): Capping a night of original episodes, most displaced by CBS rerunning the Harry and Meghan interview, the family crime drama is full of conflict, when Jamie (Will Estes) and Eddie (Vanessa Ray) butt heads, Baez (Marisa Ramirez) turns to Danny (Donnie Wahlberg) when she finds a corpse in her front yard, Erin (Bridget Moynahan) gets critical feedback from her boss, and Frank (Tom Selleck) sends his entire team into therapy. See AlsoAsk Matt: Will the Emmys Fall Under ‘WandaVision’s Spell?
Plus, death on ‘NCIS, Liz missing on ‘The Blacklist,’ ‘Chicago P.D.’ tackling race, and more.

Inside Friday TV: NBC’s The Blacklist (8/7c) finds Red (James Spader) helping the Task Force avert a kidnapping by turning them on to “Captain Kidd” (Noah Robbins), a middleman for illicit goods. … PBS’s American Masters profiles a dance legend in Twyla Moves (9/8c, check local listings at pbs.org), examining the life and career of groundbreaking choreographer and director Twyla Tharp. At 79, she’s still on the move, shown rehearsing a new work via Zoom video conference with ballet stars including Misty Copeland and Herman Cornejo. … On the true-crime beat, Dateline NBC (9/8c) follows up on its “Mommy Doomsday” podcast with a report on Idaho couple Lori and Chad Daybell, facing multiple charges after her children were found in Chad’s backyard. … In a case the newsmagazine has been following for five years, ABC’s 20/20 (9/8c) reports on the case of Kelsie Schelling, who disappeared in 2013 and whose boyfriend, Donthe Lucas, was recently sentenced to life in prison for her mother. Correspondent Ryan Smith talks to Kelsie’s mother, Laura Saxton, in her first interview since his conviction about her years-long search for her daughter and the truth.