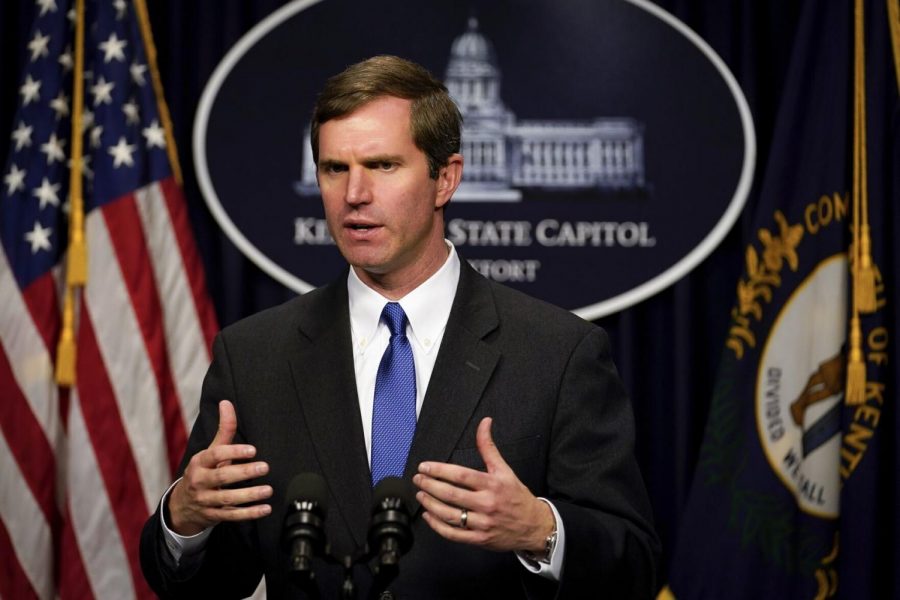 (The Center Square) – Kentucky Gov. Andy Beshear announced on Monday he vetoed five bills the state General Assembly sent him, saying those bills “chip away” at the balance of power between the legislative and executive branches in the state. He added that more vetoes may be coming this week.

The governor told reporters that as his office reviewed those bills, they saw attempts to take away powers previous governors had. Beshear is a Democrat, and both legislative chambers are held by Republican supermajorities.

The Republicans gained control of the state House in 2016, for the first time in nearly a century, to take total control of the legislature. At that time, the governor at that time, Matt Bevin, was a Republican as well. While Beshear unseated Bevin in 2019, Republicans added to their majorities in both chambers in last year’s elections.

“Once we start changing laws and authority based on the people who get elected, we have an imbalanced system that does not provide the type of consistency that our people, our businesses and everyone else deserve,” he said.

One of the bills that got the veto pen was Senate Bill 228, which would restrict who a governor could select to replace a senator leaving office. The bill would require the governor to pick someone from the same party as the former senator and from a list provided by that party’s state leadership.

According to media reports, the bill had the approval of U.S. Sen. Mitch McConnell, R-Kentucky.

Beshear said that bill violates the 17th Amendment of the U.S. Constitution, which he said not only allows for the popular election of senators but lets the governor fill vacancies.

“It upends a century of precedent that numerous previous senators were replaced under, and it delegates the power to select the representative to an unelected, unaccountable political committee that only represents a fraction of Kentuckians when a Senator is supposed to represent all of us,” he said.

Other bills vetoed include: House Bill 275, which removes the governor as a members of the State Investment Commission, because it hands power the state constitution gives to the governor to the state treasurer; House Bill 394, which removes executive authority from the State Fish and Wildlife Commission; House Bill 518, which allows for the agriculture commissioner to appoint members to the State Fair Board; and Senate Bill 93, which gives the agriculture commissioner the authority to pick members of the State Board of Agriculture.

Lawmakers will return to Frankfort next Monday and will have a chance to override these vetoes. Republicans need only a simple majority in both chambers to do that.

Beshear has already taken the legislature to court over other overridden vetoes earlier this year, and a judge has issued a temporary injunction that keeps those laws, for now, from ending his COVID-19 emergency orders.

He told reporters Monday his office will need to see if any of those vetoes are stricken and added that other groups, which he didn’t name, may take legal action as well.

“Certainly, we believe in the constitution and upholding it,” the governor said. “Whether that is the U.S. Constitution or the Kentucky Constitution, I took an oath on both.”