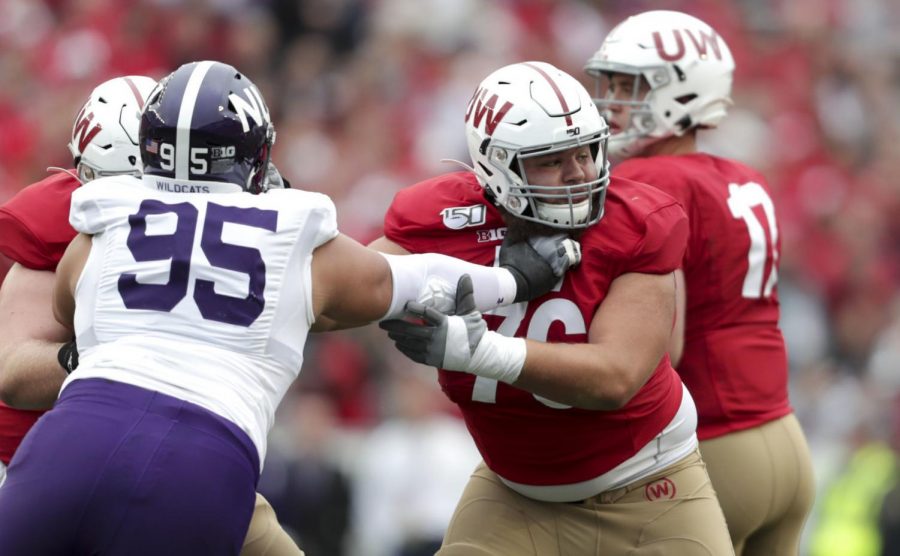 With the University of Wisconsin football team’s first spring practice in two years in the books, the program released a roster with few changes Tuesday.

UW coach Paul Chryst said Monday the staff hadn’t moved many players between position rooms this offseason, but added it could happen as practices unfold. The only position change on the roster was redshirt freshman Preston Zachman moving from inside linebacker to safety.

“Kind of always believed that you know you need some time to kind of see where guys best fit,” Chryst said. “So I think that certainly if we had any ideas, you’d have done it right after the season so they have kind of the offseason to prepare themselves for it.”

Chryst said the players’ progress in their winter strength and condition program prompted him to start spring practices later than usual. The results of those workouts are evident on the spring roster.

The largest jumps in weights from last season’s roster to this year came from a quarterback, a specialist and the offensive line. Redshirt freshman quarterback Daniel Wright jumped from 215 pounds last year to 257 pounds on the spring roster. Redshirt freshman kicker/punter Gavin Meyers added 21 pounds and is listed at 196.

Freshman lineman Ben Barten added 16 pounds to his 6-foot-5 frame and is up to 285 pounds. Junior center Cormac Sampson, now solidified as an offensive lineman after playing tight end earlier in his career, was up 15 pounds to 305. Junior tight end Jaylan Franklin, who was moved to the position before training camp last fall, was up 15 pounds to 243.

Redshirt freshman outside linebacker Kaden Johnson added 13 pounds and is listed at 240. Al Ashford III, an early-enrollee freshman cornerback, posted on social media earlier this month he was up 11 pounds in under two months. He posted he came to campus weighing 169 pounds and the spring roster lists him at 180.

There were two number changes for returning players, with junior linebacker Leo Chenal switching from 45 to 5 and long snapper Peter Bowden going from 63 to 47.

The players will not be tested daily for COVID-19 during spring practices, Chryst told reporters on Monday.

Players, coaches and staff members took rapid-result antigen tests each day during the season, with positive results being confirmed by a PCR test. According to a school official, the team’s current protocol calls for players to take PCR tests each Monday, Wednesday and Friday at campus testing sites. These tests are the most accurate available and results are typically returned within a day.

“Certainly try to do everything you can to be smart with everything that’s happening, but I think part of what makes it go smooth is that our players have gone through it a lot, too,” Chryst said. “They’re, I don’t want to say they’re used to it, but you’re familiar with what needs to be done. The difference is they’re testing outside of the building. But on the other hand, for them to be able to work out, for them to practice that, that’s what they’ve got to do. There’s no problem; they’re going to do it.”

Five things to watch on defense during Badgers’ spring practices