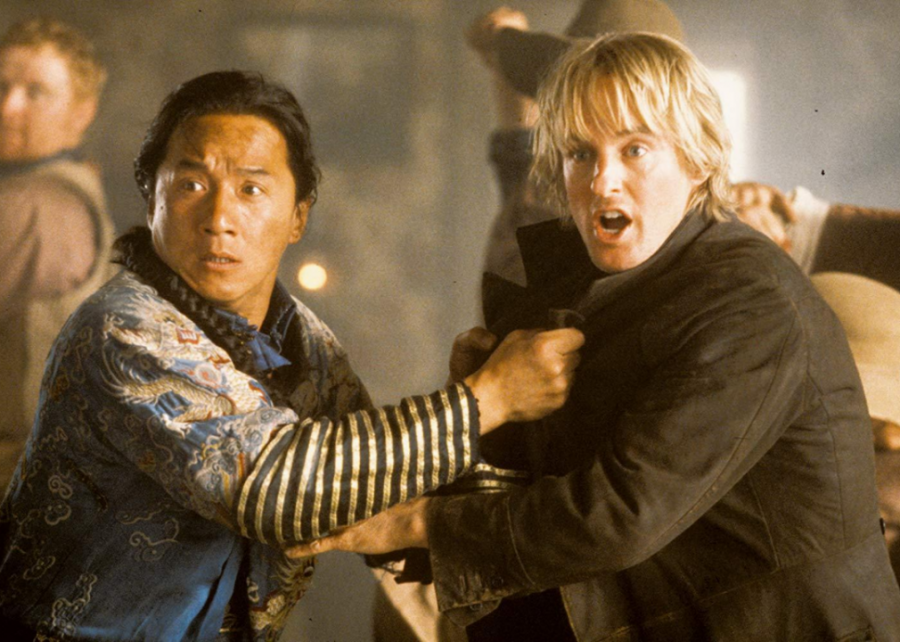 Chon Wang, played by Jackie Chan, attempts to save a princess who has been kidnapped and brought to the United States. Along the way he teams up with the train robber Roy O’Bannon, played by Owen Wilson. This is the first movie in the “Shanghai” series, the second being “Shanghai Knights,” and “Shanghai Dawn,” a third rumored to be in the works.