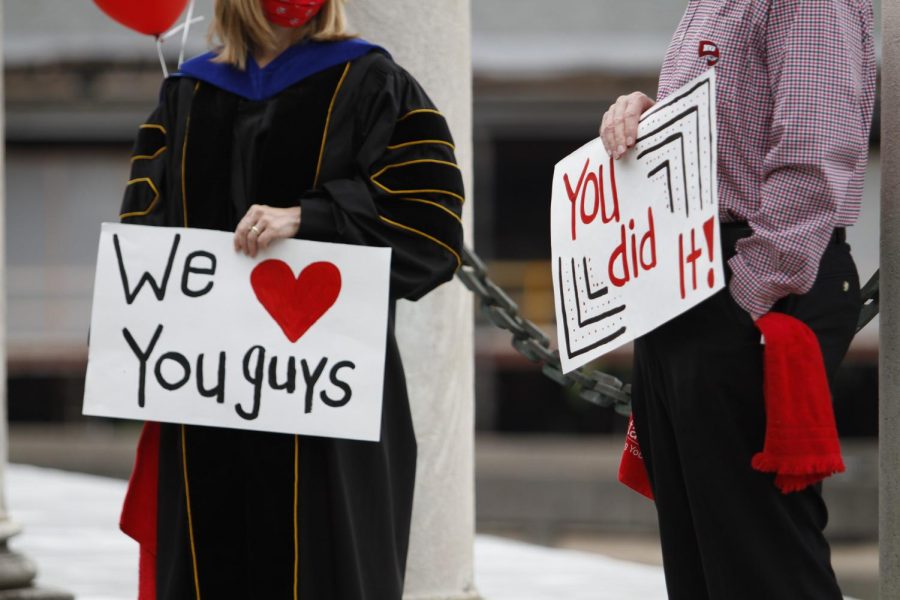 Students in the WKU Department of Communication participated in a drive through ceremony honoring their departure from WKU, after normal graduation practices were suspended due to the ongoing coronavirus pandemic on May 16, 2020.

WKU is finalizing plans to allow graduating students to walk in front of the audience during this semester’s commencement ceremony.

Bob Skipper, WKU director of media relations, said the plan will include a walk across the red carpet in front of the stage as in the past, only without shaking hands.

“There are a lot of things to consider with COVID, but we want to give the students as much recognition as we safely can,” Skipper said.

The decision comes after a petition advocating to allow students to walk began to make rounds on social media.

The petition, which has 1,562 signatures as of Friday, also advocates bringing back individual ceremonies for each college in order to allow more than four guests.

WKU has not officially released changes to commencement changes, but Skipper said more details should be expected soon.