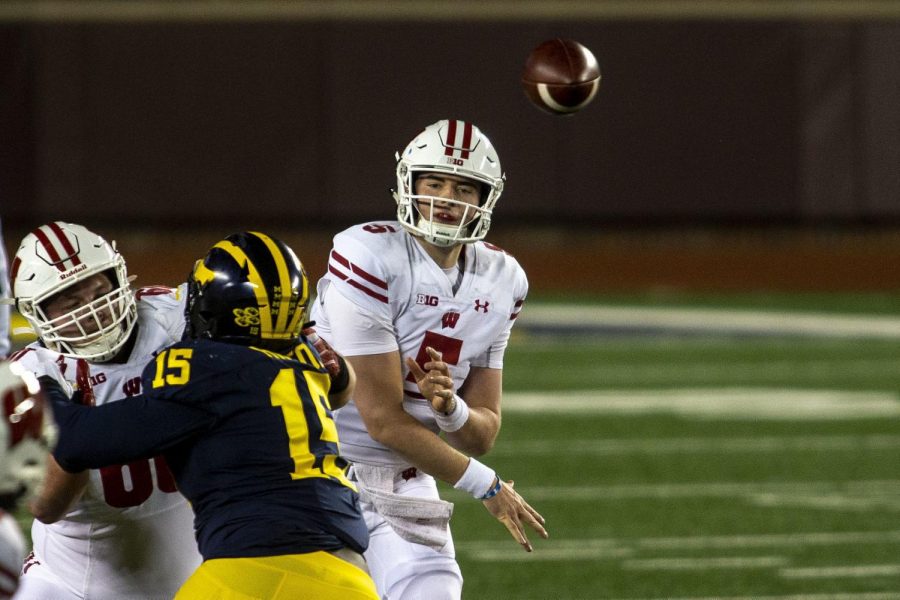 Frustration was one of the few constants for the University of Wisconsin football team’s offense last season.

Between multiple starters missing time due to COVID-19 and injuries, an inability to generate chunk plays and a lack of scoring for much of the year, the Badgers’ attack took a significant step backward in 2020. UW averaged 25.1 points per game and 4.9 yards per play last season, the program’s lowest marks in those metrics since 2004.

Coach Paul Chryst announced he would be coaching quarterbacks and calling plays this season, and an offseason shuffling of the coaching staff continued Thursday when the Badgers named Gary Brown the new running backs coach.

Building continuity on the offensive side of the ball and developing new playmakers is crucial for the Badgers as they open up their first spring practice sessions since 2019 on Tuesday.

Here are five storylines to watch on the Badgers’ offense this spring: